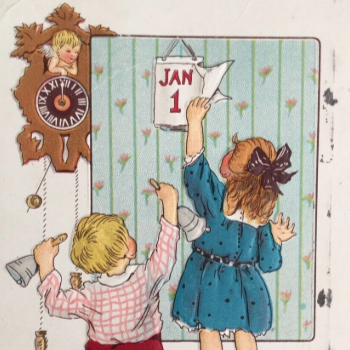 Families are welcome to join Darien librarians in the Children’s Library for a fun countdown to “noon” as we get ready for the new year! 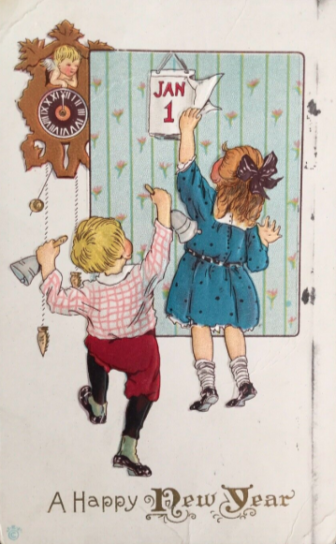 Image from a U.S. postcard

Children celebrating on New Year\’s Eve, from a postcard mailed in 1920

Decorate a craft and have a snack as we celebrate together. Say farewell to 2019 and hello to 2020!

Suggested for children ages 3 and up.

The Maritime Aquarium is also offering a Noon Year’s Eve celebration. You can combine that with a visit to the fishes and an IMAX movie.

But, as these postcards show, the holiday has been associated with children in the past, at least on postcards.

A look through postcards from the first quarter of the 20th century, now for sale on eBay.com, show some interesting patterns:

— More girls than boys are pictured. When boys are shown, they’re often shown paired with a girl, sometimes with a midnight kiss.

— Clocks, naturally, are a theme, but so are shamrocks and money (apparently reflecting wishes for a prosperous new year).

Image from a postcard by Frances Brundage (copyrighted 1910) 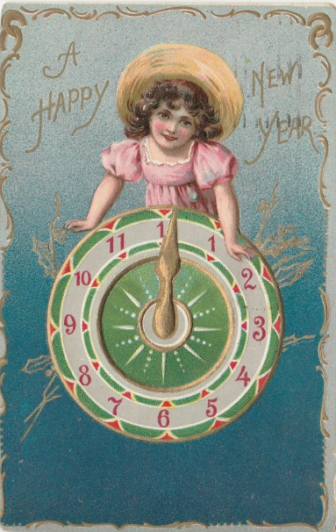 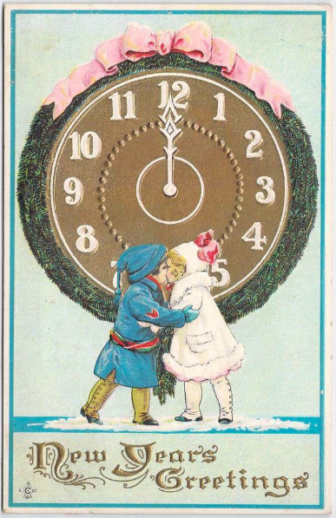 Another New Year’s postcard with children and a clock, from the early 1900s. 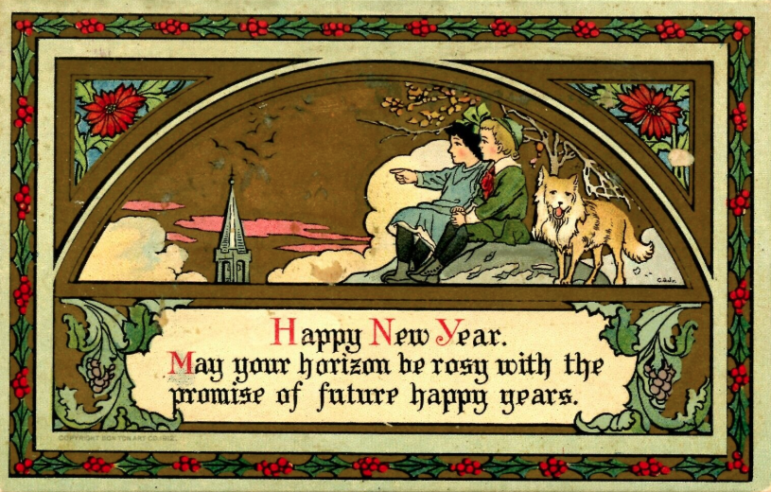 Another New Year’s postcard, this one from 1912 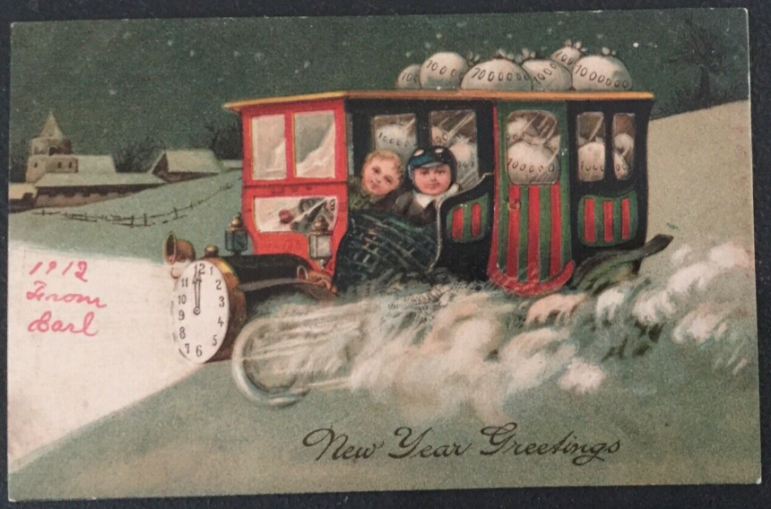 A postcard with children and money, and with “1912” hand-written on it. 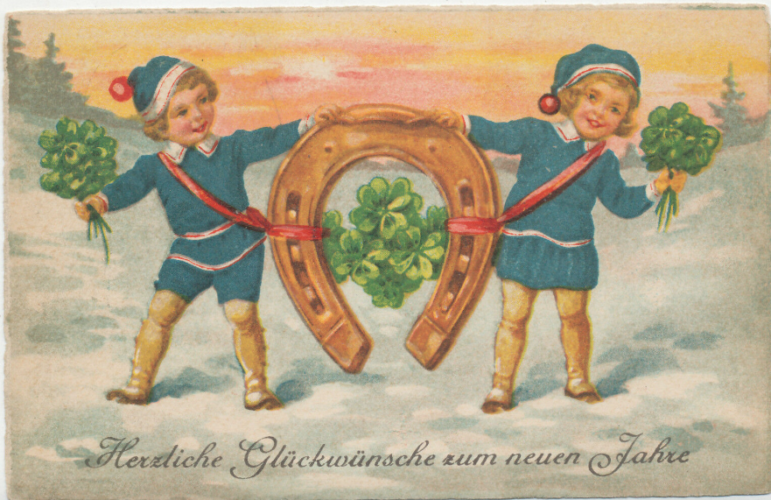 Horseshoe and shamrocks for luck in this 1910 New Year’s postcard from Germany. 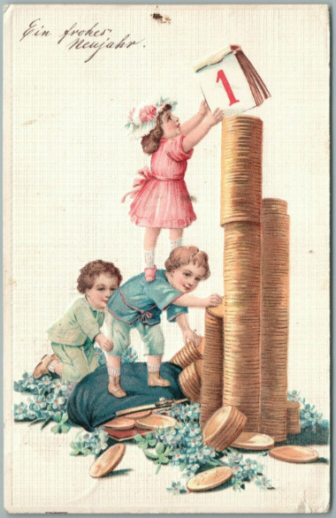 German postcard with children stacking gold coins for the new year. Note the shamrocks at their feet. These images were more prevalent in German postcards. A lot of early 20th century postcards were printed in Germany, with many meant for the U.S. or British markets.