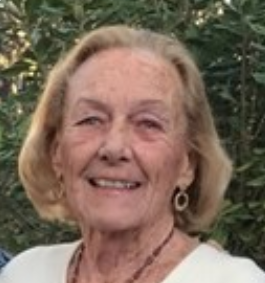 She was born Nov. 10, 1928 in Evanston, Illinois to Marjory Biggar Wilson and Herbert Durand Willson. In 1934, at the age of 6, Dottie and her family became the first family to fly cross-country when they flew from Chicago to California on a DC-3.

Mrs. Kamin attended New Trier High School in Winnetka, Illinois, then University of Wisconsin in Madison, where she was a member of Kappa Alpha Theta sorority.

In 1955 she married Donald Charles Kamin of Beverly, Illinois. They lived for a couple of years in Northbrook, Illinois then moved to Darien. There she eventually became a real estate broker and continued this career for 30 plus years.

In lieu of flowers, donations can be made to The Michael J. Fox Foundation

and The Humane Society of Charlotte.

— This obituary was published by the Darien Times.

The time stamp was changed to organize the link to it from the Darienite.com newsletter.