It’s a late night in late September and you’re late. You figure you’ll hurry on the highway through Norwalk. At least you’ve missed rush-hours traffic, you think. 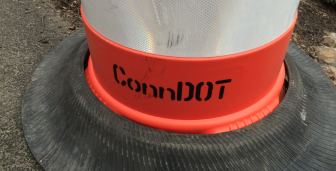 You can’t get there from here, at least not without facing a lane closure on either the Merritt Parkway or Interstate 95, with projects on both highways starting this coming Monday, Sept. 17, the Connecticut Department of Transportation announced on Tuesday, Sept. 11.

Expect lane closures in certain stretches from Exit 15 in Norwalk to Exit 18 in Westport, and on both the northbound-traffic and southbound-traffic sides, ConnDOT announced. They’ve got you coming and going.

Meanwhile, a project starting the same day will close lanes on the two-lane Merritt Parkway, for both northbound and southbound traffic. The work will restrict the parkway for the same nighttime hours — 8 p.m. to 5 a.m. The reason ConnDOT gives for this project is bridge maintenance, and it isn’t expected to be complete until Sept. 28.

In both announcements from ConnDOT, the same caveat appeared at the end. Driver beware: