Newer Darien Police patrol cars — actually sport utility vehicles — will be sporting a new “graphics package” with more blue on them and a longer town name, the department announced Tuesday.

Blue “has been incorporated into the design to represent the longstanding color associated with the Town of Darien,” the announcement said. The new look also includes “Town of Darien” replacing the simpler “Darien” on the vehicles.

The department’s simpler, black and white graphics has been in place for almost a decade.

The style now being replaced was originally designed for the Chevrolet Caprice model that the Patrol Division started buying back then to replace the Crown Victoria model, which Ford stopped making. 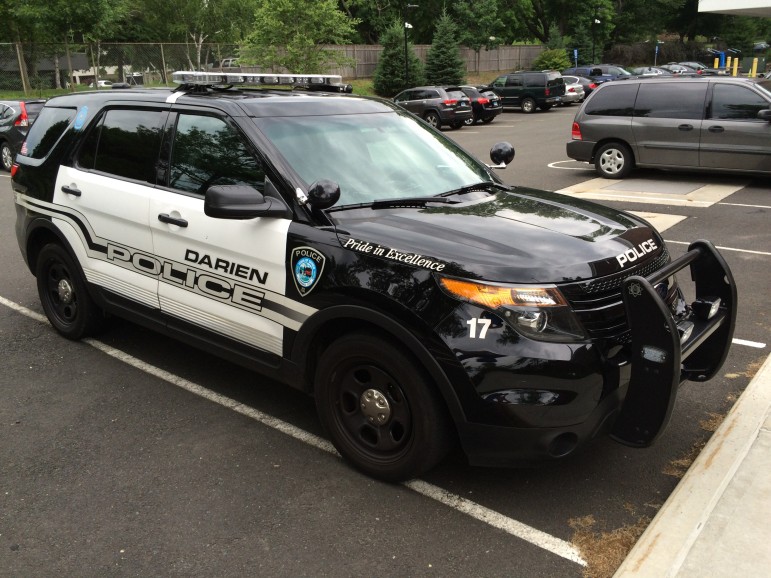 A Darien police SUV in traditional black and white. (That’s a “push bar” in the front.)

Although the vehicle platform changed at that time, the “Black and white” design remained. But department officials believed a “fuller look” was needed for the Interceptors.

“As our oldest vehicles are taken out of service,” the announcement said, “it is anticipated that over the next few years the entire patrol division fleet will be outfitted with the new look.”