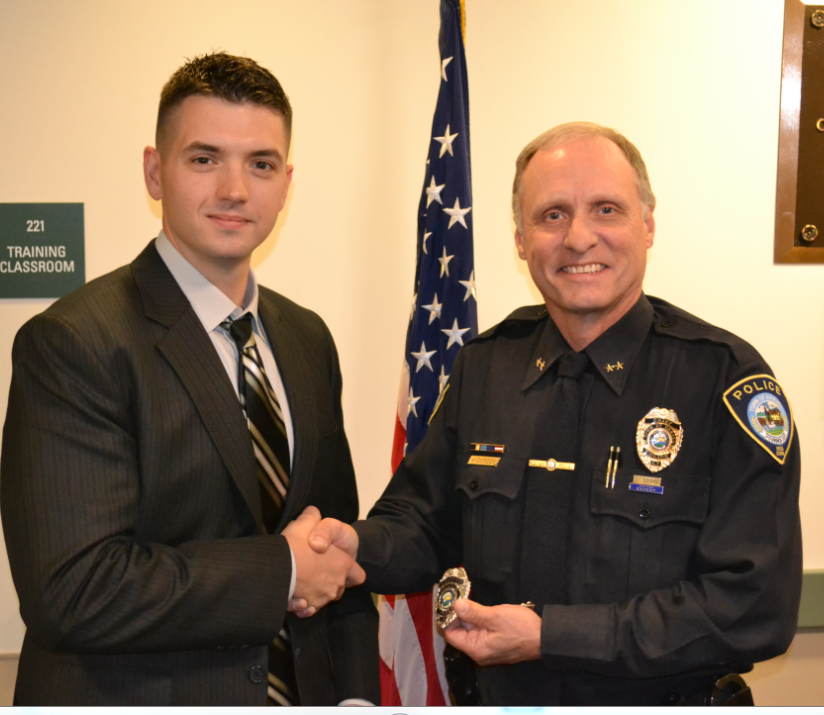 The Darien Police Department announced the hiring of its newest officer, Matthew Ackerman, who was sworn in on Monday morning. He previously worked 7 years for Stratford police. 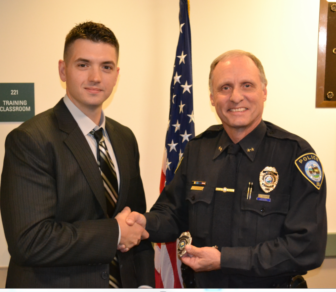 At the Stratford department he was on the dive team, helicopter team, and an emergency medical technician.

In a small ceremony Monday morning, Ackerman was sworn in by a member of the Darien Police Commission, and had his badge presented to him by Police Chief Donald Anderson.

“It is indeed my pleasure to welcome Officer Matthew Ackerman to the Darien Police Department. Officer Ackerman comes to us from the Stratford Police Department whose membership was certainly disappointed to be losing him from their ranks,” Anderson said. “The fact that an officer’s current department thinks very highly of him and would certainly want him to remain there speaks largely for itself.”

Ackerman has an associate’s degree from Housatonic Community College and is currently enrolled at UConn furthering his education.

He is a member of the military, serving currently in the Naval Reserve. Ackerman has been deployed to active duty once, having been stationed in the United Arab Emirates.

Ackerman grew up in Bridgeport and currently lives in Shelton with his girlfriend.

“Upon his swearing in this morning, I again reminded Officer Ackerman that he is joining what I consider to be the best police department in the state of Connecticut; with that comes the full responsibility to be a consummate professional at all times and to provide the absolute best service that he can, each and every day of his career.

“In selecting Officer Ackerman, I am certain that the Darien Police Commission has, once again, chosen an excellent candidate who will serve the town of Darien with honor and dedication in the years ahead.”

Ackerman said he is “looking forward to getting involved in the community.”