A New Canaan man, now 24, has been arrested on accusations that he molested at least one Darien child and videotaped sex between children, according to Darien police. The incidents are alleged to have occurred six years ago, according to statements his lawyer made Wednesday in state Superior Court in Stamford.

Quinten Yonkers of Weed Street in New Canaan had been released on a $250,000 after New Canaan police arrested him Aug. 18 on a warrant charging him with first-degree possession of child pornography and promoting a minor in an obscene performance.

[Editor’s note: None of the accusations in this article have been proven in court. They come from New Canaan police, Darien police and from statements made at Yonkers’ Wednesday court hearing, as noted.]

Yonkers turned himself in to Darien police on Tuesday, Aug. 24, after he was informed police here had a warrant charging him with two counts of promoting a minor in an obscene performance, two counts of risk of injury to a minor and one count of  fourth-degree sexual assault.

Darien police said they have information that “Yonkers had been in contact with minors who reside in Darien for an extended period of time. Further investigation revealed evidence that Yonkers had made inappropriate and unlawful contact with, and had taken and video/images of, the aforementioned minors.” 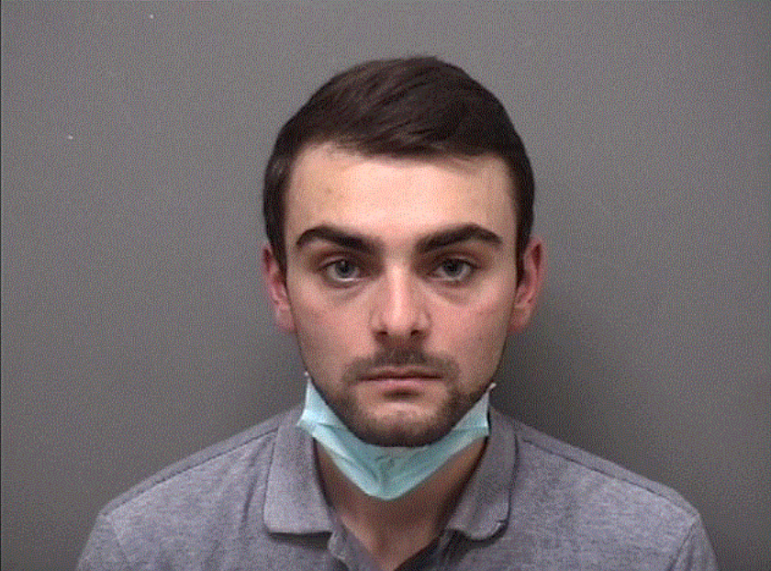 New Canaan police told their counterparts in Darien that some video or videos appeared to be connected with Yonkers’ phone while Yonkers was in Darien. The arrest warrant affidavit in that case states that when asked if he had been around children, Yonkers said he had been a babysitter for children in a Darien family.

Yonkers denied he had ever touched children inappropriately but admitted that he watched and downloaded child pornography videos, the New Canaan warrant said. The new charges from Darien police say that he did have inappropriate contact with at least one child in Darien on at least one occasion.

The New Canaan investigation began May 17, after they were provided with information about child pornography on certain devices used at certain internet addresses — at Yonkers’ home, at a place where he worked and at a Darien home.

The tip came from the Internet Crimes Against Children or “ICAC” data system. According to the arrest warrant application, ICAC received information from Google that a suspect listed as [a pseudonym] using IP addresses in New Canaan,  Norwalk and Darien had uploaded 10 files that “contained apparent child pornography.”

“During the course of the investigation, Detectives from New Canaan became aware of the possibility that Yonkers had been in contact with minor children residing in Darien. Forensic analysis of electronic devices revealed evidence to support this. This information was turned over to detectives from the Darien Police for further investigation. 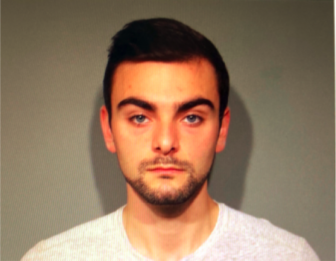 “Through investigatory means, interviews, and analysis of the evidence gleaned from Yonkers’ devices, it was determined that Yonkers had been in contact with minors who reside in Darien for an extended period of time. Further investigation revealed evidence that Yonkers had made inappropriate and unlawful contact with, and had taken and video/images of, the aforementioned minors.”

The New Canaan affidavit described several videos found on Yonkers’ electronic devices. All the videos described in the affidavit involve sexual contact between underage children or, in one case, between a boy and an adult man.

The New Canaan affidavit said that in addition to the videos they described, when they looked through Yonkers’ phone, “many similar videos with similar content were located on that cellular telephone.” There is no accusation in any public documents or statements that Yonkers himself recorded all the videos or that they all involve Darien children.

Yonkers has not submitted a plea in court. His lawyer, Mark Sherman of Stamford, said a not-guilty plea is likely to be submitted at Yonkers’ next court hearing on Oct. 26.

According to the New Canaan police affidavit: When officers went to Yonkers’ home with a search warrant, they were present when Yonkers admitted he had been involved with illegal activity on the Internet, and when a relative of his who was present in the room asked him if it “involved underaged,” Yonkers nodded, indicating it did.

When New Canaan police then spoke with him away from his family members, the affidavit said, he replied that he had a serious problem with downloading child pornography and needed help. He said he felt relief that police had found out and asked them if they knew where he could get therapy.

“Yonkers cooperated fully and spoke at length with us, saying that talking about this problem has lifted a great weight off his shoulders,” New Canaan police said in the affidavit. He provided police with passwords to his computer devices.

“He did state that he had babysat two children of a Darien family on many occasions,” the affidavit said. “Quinten denied inappropriately touching the children.”

At Wednesday’s hearing, Sherman said that even if it were assumed that any of the accusations were true, “this is a defendant who appeared contrite and was willing to receive treatment that he is going to need.”

After the court hearing, Sherman said: “Regardless of the outcome of this case, this is a young man who is committed to cooperate in reference to the criminal complaint.”

Sherman, Yonkers’ lawyer, told Judge William Clark, “This is a young man who is not here arguing a presumption of innocence — he is arguing, ‘I have a problem.'” If the allegations are true, Sherman said, “this is a man with some serious mental health issues.”

“This is something from six years ago, and nothing [alleged] in between,” other than the accusation that Yonkers recently possessed child pornography, Sherman said. “This is not new conduct. This is not an escalation” of behavior now getting worse, he said of the allegations. Yonkers turned 18 years old six years ago, in 2015.

Darien police are accusing Yonkers of charges apparently committed in July 2019, only two years ago, according to the Darien police news release.

Yonkers has no criminal record, a probation official told the judge. He is a college student majoring in studying the Japanese language, she said.

Sherman argued that concerns about any risks to the community from his client being out on bond can be addressed with strong, court-ordered restrictions, including an ankle monitoring device or even confinement to his home.

“The court is concerned with the risk to the community,” Clark said. The judge added that if the accusations in the case are proven true, “it is quite likely that this case can result in incarceration.”

Clark then kept the bond in the Darien charges at $250,000, as had been set in the arrest warrant. The bond amount for the New Canaan charges is another $250,000.

Among the conditions for Yonkers’ release in the New Canaan case, which were repeated if Yonkers is released in the Darien case: a monitoring device showing Yonkers’ location, house arrest, no possession or use of computers or other electronic devices without previous approval from probation officials, no contact with minors, no loitering near places where minors congregate, no leaving the state without permission from probation officials, no employment where minors are located, undergoing a psychological evaluation through adult probation.

Assistant State’s Attorney Daniel Cummings asked that the Darien affidavit be sealed until certain information was redacted from it in order to protect the identity of the victims. The judge agreed, ordering the Darien arrest warrant affidavit sealed for two weeks.

Cummings also asked that if a bond is posted on the Darien charges, Yonkers only be released after a court hearing in which the prosecutor could argue for additional conditions of release. Clark agreed to that, as well.

“There’s a lot of evidence to review, and certainly, we’re looking for a fair and sensitive resolution, in light of the seriousness of the allegations” against his client, Sherman said after the hearing.

Editor’s note: Some descriptions of the New Canaan police investigation are republished from NewCanaanite.com.