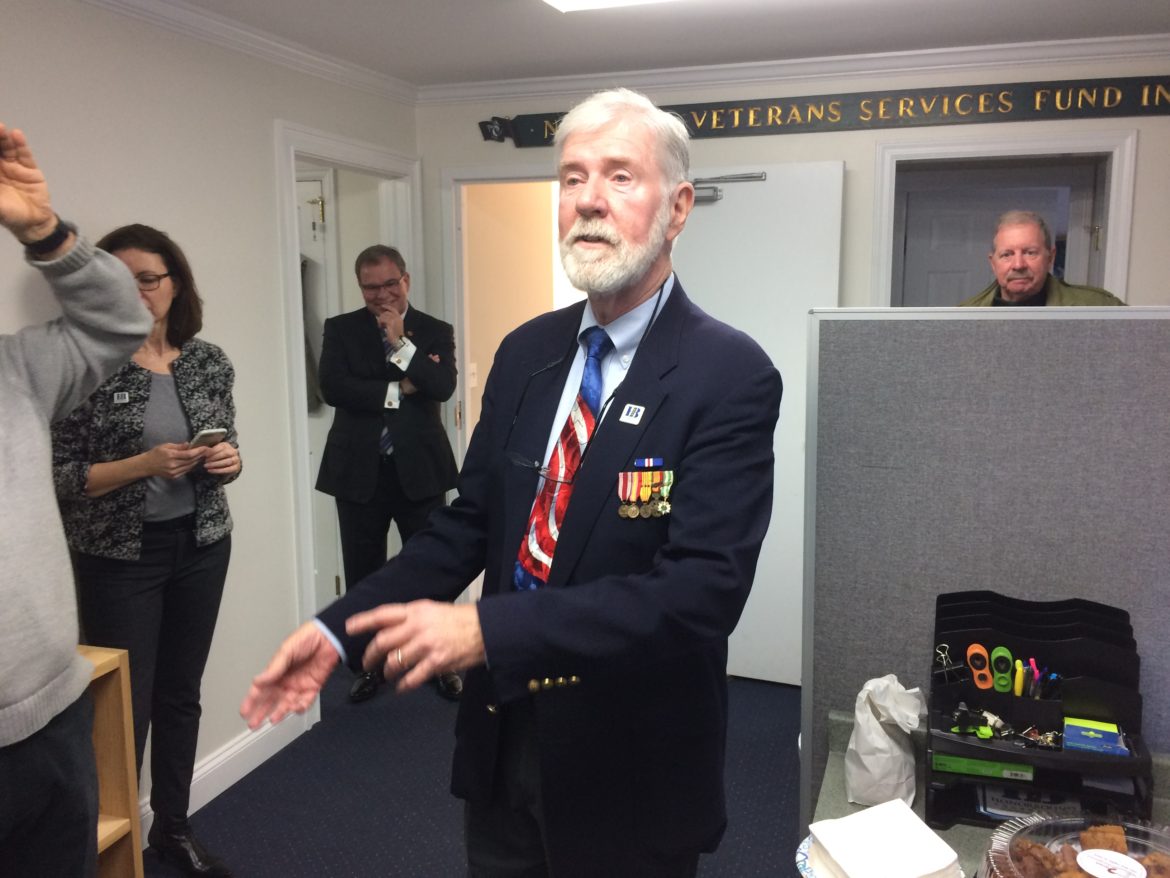 Phil Kraft, executive director of HonorBound Foundation, announces the organization's new name and other changes at its headquarters on West Avenue.

Darien-based National Veterans Services Fund, a four-decade-old group that helps veterans, particularly those in emergencies, announced Saturday that it’s changing its name, its website and the way it raises money.

The HonorBound Foundation has the new website up, although the website for the group under its old name is also still on the Web. 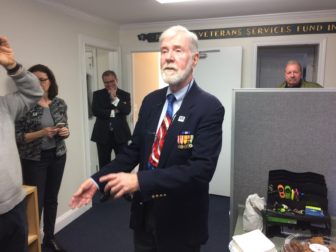 Phil Kraft, executive director of HonorBound Foundation, announces the organization’s new name and other changes on Veterans Day, Nov. 11, at its headquarters on West Avenue.

“That’s why, over the years, we decided that this was really the best direction to go,” he continued. “That’s because we — as veterans, we are honor-bound to help our brother and sister veterans in any way we can, and the name just suddenly popped up — like, that’s the name we should go with.”

By raising its own money rather than relying on telemarketers and fundraising companies, the foundation expects to stop sharp criticism from some news organizations and charity watchdog groups that it doesn’t spend enough of its contributions on veterans themselves.

Kraft said the group won’t be using those fundraising companies any more:

“To be honest, you all know, we had some troubled history, and I think it’s important that we own it — that we hired professional fundraisers to help with our national outreach, and the problem was that the fundraisers ended up taking the lion’s share of the money.

And to all the [charity] watchdogs it made it look as though we were taking all this money in and squandering it and just not giving money to the veterans and their families who needed it. The fact is, what money we got [after the fundraising companies took their take], we spent — probably 90 to 95 percent — on the veterans. 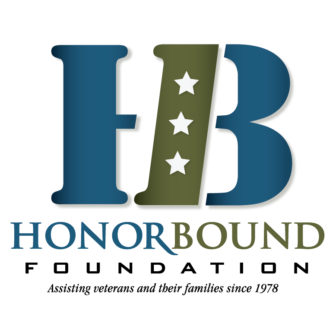 The logo for the newly named HonorBound Foundation

“So if there were a way for the watchdog agencies to rate a charity based on the good deeds that they do, we’d be at the top. But that’s not how it works, so we got rid of the professional fundraisers, we got rid of the telemarketers, and we have launched ourselves as HonorBound Foundation. And we are doing our own fundraising from within, which means that we want everybody who knows somebody who has the wherewithal to make contributions to us [to do so in order that] we may continue to fight the fight for the next 40 years.”

In the fiscal year ending in June 2015, according to ProPublica’s “Nonprofit Explorer” website, the foundation received $9 million in revenue with 43 percent of it (3.9 million) going toward fundraising. 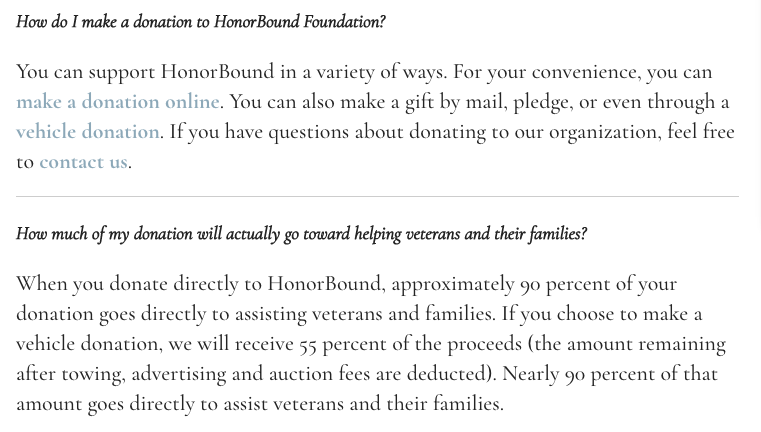 About money going toward the charity’s work.

Initially, in 1978, the organization was formed to help Vietnam veterans receive money from a court settlement for victims of Agent Orange. At that time, the group was named Vietnam Veterans Agent Orange Victims. Eventually the group was contacted by Vietnam veterans and then other veterans who asked for help with other problems, and in 1998 the name was changed to National Veterans Services Fund.

Over the years, the nonprofit, which receives no federal money, expanded its services.

The HonorBound Foundation describes its services in various ways (with more or less detail) on its website. Here’s a description from the “About Us” Web page:

“We help in ways other agencies can’t. Veterans and their families turn to HonorBound for critical social and health services. We have provided temporary housing for veterans in crisis, and helped purchase everything from snow tires to dentures. We help veterans navigate the VA system and obtain the benefits to which they are entitled.

“HonorBound has established partnerships with caseworkers and social workers within the VA, as well as other agencies around the country.”

HonorBound Foundation on the Web: