Maxwell R. McCreery of Chilmark, Massachusetts, passed away peacefully Oct. 22 in his home, surrounded by his immediate family while his sister-in-law played his favorite songs on the piano in the next room. He was 83. 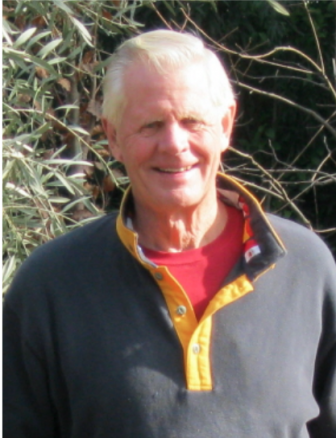 An inquisitive conversationalist, he was genuinely interested in whomever he was talking to. And he never saw a person he didn’t want to get to know. It was impossible to be in a bad mood around Max. His compassion, humor, and extroverted nature ensured he lived every day of his long life to the fullest.

He was born on May 22, 1938. Called “Roddy” as a child, he loved his hometown of Winchester, Massachusetts, where he grew up playing hockey on Wedge Pond behind the house in winter and pick-up basketball whenever a game was on.

During his PG year at Hotchkiss, he excelled in baseball and then went on to play basketball at Brown University. Completing ROTC at Brown, he graduated as a commissioned officer and served in the Air Force (1958-1961) in Bermuda, Puerto Rico and Limestone, Maine.

Then began his 25-year career at Exxon starting as a regional sales rep in Northampton, Massachusetts, a move to regional sales manager in Buffalo, New York, and finally landing at the New York City headquarters, where he headed an executive recruiting team and settled his family in Darien.

Taking early retirement, he had a second career in outplacement, where he delighted in helping anyone and everyone find better jobs than they previously held.

Max possessed a sincere sense of civic responsibility; his skills for and love of community building were unparalleled. As an example, he realized his desire to teach his young daughters to play basketball by starting a town wide girls basketball league at the Darien YMCA.

He expressed his love of the environment as a founder of the Darien Nature Center, The Friends of Woodland Park, and serving on the board of the Friends of Sengekontacket.

To show appreciation for his alma mater, he served as president of the Brown Club of Fairfield County. He gave back to his community by serving on the board of the United Way, the Democratic Town Committee and the Darien Board of Selectmen.

Retiring to Martha’s Vineyard, he became a faithful member of Grace Church and spent 15 years on the Personnel Board for the Town of Chilmark. In his seventies, he trained and volunteered as an EMT for the Tri-Town Ambulance Service. Delivering meals for Meals on Wheels each Tuesday was a highlight of his week.

In 1963, Max married the love of his life, Constance Snelling, also from Winchester,  and together they raised their two girls, Margaret and Georgia. He maintained strong ties with extended family and treasured life long friendships he continued to nurture with daily and weekly phone calls right up until the day he died.

Max and Connie spent their summers on (and retired to) their family property in Chilmark, Massachusetts, where he woke up to countless “PVDs” (Perfect Vineyard Days) and sincerely and boisterously appreciated every single one.

He taught many of his 18 nieces and nephews how to windsurf on Chilmark Pond, countless kids how to shoot a basketball, and enjoyed wonderful music made by family. When they approached, every child in his life was “the great one!” and he told them so with gusto.

Relishing the talents of his four grandchildren and their many cousins filled him with joy. There’s no doubt the afterlife just got a little bit more interesting, vibrant, and full of heart.

Max is survived by his wife, Connie; his daughters, Meg and Gigi; his sister, Betsy, and her husband, Tom Sheehy; his sons-in-law, Rob Luton and Andrew Lamond; his grandchildren, Max, George, Evelyn and Jocelyn, among so many more extended family members, all of whom loved him dearly.

A funeral service will be held on-line and in person at Grace Episcopal Church in Vineyard Haven, at 11 a.m., Saturday Nov. 27, 2021, with a reception to follow. A family burial will be private.

— an obituary from Chapman Funerals & Cremations, where online condolences may be left