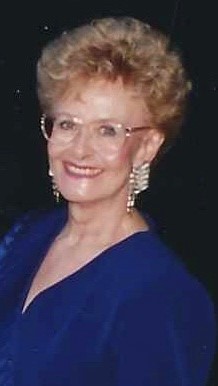 Maude Morley, 92, passed away Dec. 18. A private service will be held

She went to university in Toronto where she met her former husband H. Barclay Morley. A devoted mother and grandmother, her family was everything to her.

A long-time resident of Stamford, she moved to New Canaan in 1997 until March 2019, when she moved to Atria in Darien.

Marie was a former member of the Country Club of Darien and Nutmeg Curling Club. She golfed, loved playing bridge and spending time with friends. She was an impeccable dresser, with a great sense of humor. She was a two-time cancer survivor.

She is survived by her son Edward Morley (Katheryn) of New Canaan; grandchildren, Casey Morley of Winsted, Edward Morley, Abigail Morley and Tucker Morley, all of New Canaan and daughter-in-law Jane Vero of Stamford.

In addition to her parents, she is pre-deceased by two sons, Gary Stuart Morley and Christopher Engen Morley.

A private service will be held.