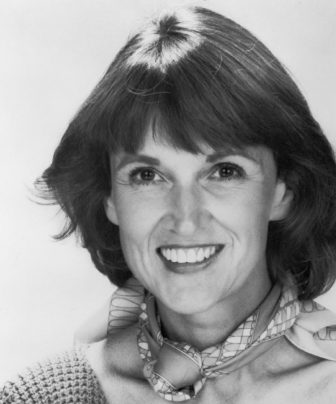 Marilyn Biggins passed away Sept. 16. Her funeral was on Wednesday morning, Sept. 23.

Marilyn had a huge impact on many of the people she met throughout her life. After graduating from Purdue University in 1961, she taught English at Proviso West High School outside of Chicago.

Decades later, one of her former students came across Peter’s genealogy web site, Peter’s Pioneers. She emailed Peter out of the blue, “I often talk about Ms. Carroll and how she inspired me. She was the reason I began to write. Everyone has a favorite teacher, and she was mine.”

Marilyn met Peter at a church picnic at Illinois Beach State Park on Memorial Day in 1963. This humble start led to a wonderful marriage that lasted over half a century. Marilyn always dreamed of having a family.

In the fifth grade, a young Marilyn wrote, “When I grow up I want to be a plain ordinary housewife.” She continued with charming resolve, “I have had that ambition since second grade, and it won’t change.”

Of course, Marilyn was never plain or ordinary, and she had an extraordinary impact on her family. She raised her kids to be independent. This was perhaps because she did not enjoy following rules herself.

She encouraged reading and largely prohibited television (if kids were bored, she suggested they “read a book” or “go outside”). She also prohibited sugar snacks (if kids were hungry, they could “eat a banana”).

She wasn’t very fond of driving the kids around, so they walked or rode their bikes to school every day. Education was emphasized, and she often corrected the grammar of her kids. Catholic Mass was never missed!

Christmas was always a lot of fun. Marilyn would go to great lengths to wrangle the four kids together to take the family photo for the yearly Christmas card. Although she asked all the kids which photo they preferred, they would laugh because it always came down to the one mom looked best in.

When the kids were young, the family would drive three days each way from Connecticut to Miami to visit Marilyn’s sister Micki for Christmas. Marilyn, Peter, and the four kids packed into the family’s bright yellow Ford Pinto station wagon that carried luggage and Christmas gifts tied under a tarp on the roof.

Marilyn and Peter would take their children on weekend adventures to the Bronx Zoo (but only on rainy days so they could avoid the crowds), road trips to nearby Boston and Philadelphia (for Revolutionary War tours and inevitable zoo visits), and other interesting places (e.g., the Salem Witch Museum in Massachusetts, Dinosaur State Park in Connecticut, Monkey Jungle and the Miami Serpentarium in Florida).

Marilyn loved swimming, as she had grown up near Wing Lake outside of Detroit. When the family moved to Darien, she took the young kids on daily trips to Pear Tree Beach for swim lessons in the summertime.

And when they got to Dallas, Marilyn made sure to put in an oversized swimming pool in the backyard. She swam laps almost every day for what seemed like hours at a time. Her kids would dive over or dip underneath her, trying to distract her as she swam.

As the kids got older, Marilyn searched out her own passions. She acted in local plays, and loved working on television sets as an extra.

Marilyn especially enjoyed giving the Myers-Briggs Type Indicator to anyone who would let her. In addition, she built a large library of heavily-read, brightly highlighted psychology and self-help books.

Her brother-in-law Johnny Varro is an accomplished jazz pianist, and she delighted in seeing him perform whenever he came to town. Her favorite song was “Have You Met Miss Jones?”

Marilyn was special, and she will be sorely missed.

You can learn more about Marilyn’s life on her husband’s extraordinarily well-documented genealogy website.

In addition to her husband, Peter, she is survived by her daughter Carroll Byrne and husband Roger, her son Edward and wife Kerry O’Brien, her son Christopher, her son Brendan and wife Erin Galligan, her brother-in-law John Varro, and seven wonderful grandchildren (Sean, Daniel, Jack, Mary, Sarah, Clare and Declan).

Marilyn is predeceased by her sister Maureen “Micki” Varro, and her parents Edward and Henrietta Kenny Carroll.

A Mass of Christian Burial will be celebrated at 10:30 a.m., Wednesday, Sept. 23, 2020 at Saint Thomas More Church in Darien. Interment will be at St. John Cemetery in Norwalk.