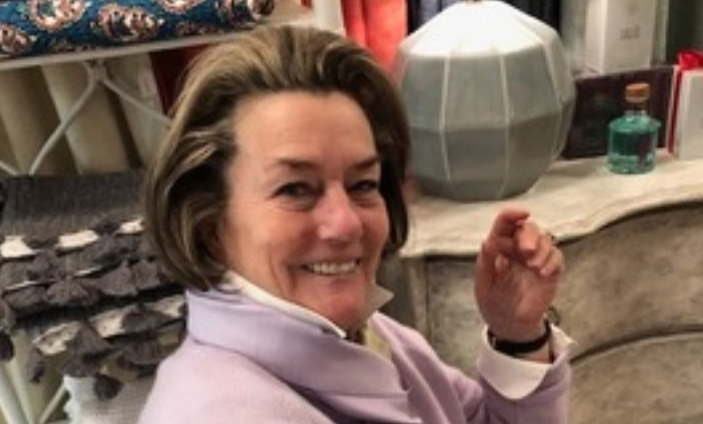 It is with great sadness that the van der Kieft family of Rockport, Maine, announce the passing of Marcy Moore van der Kieft, wife of Peter E. van der Kieft, at the Sussman House in Rockport during the early hours of May 9, 2020 from cancer. She was 76. 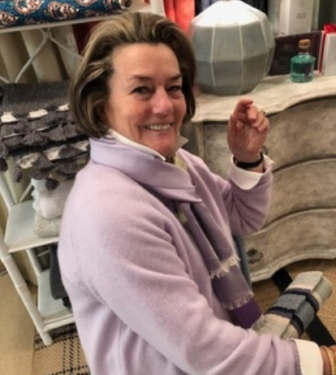 Marcy van der Kieft, 76, passed away May 9. Her funeral will be private but a celebration of her life will take place at a later date.

Born Aug. 24, 1943 at Lenox Hill Hospital in New York City, Marcy and her sister, Susan, with professional musician mother and actor/producer father, both of whom were in the entertainment industry, traveled numerous times between East Coast and West Coast before settling permanently in Darien.

Marcy was predictably unpredictable: from impulsively sketching a bouquet of flowers worthy of a gallery showing, to carding a hole in one, to article consultant for Town and Country Magazine, to preparing Spanish paella, chili dogs, roast beef or apple pie worthy of James Beard Foundation awards.

Having outfitted the wife of a renowned Maine Coast artist who was preparing for a visit with Queen Elizabeth on Majesty’s Yacht Britannia Marcy dashed home and gave her a pair of her shoes for the ‘’finishing touch.”

Marcy seemed to have it all.

Marcy’s introduction to Maine was memorable and educational, she spent six years at her beloved Camp Arcadia for Girls in Casco. It’s there that she excelled in canoeing, theater, choral, and gained the confidence instilled by her mother, Margo Moore Myers, to forge into a successful field of retailing.

In April of 1972 after serving as associate fabric editor for Mademoiselle Magazine and a part owner of Margo Moore in Darien, Marcy opened Margo Moore in Camden, Maine. A Camden Herald article at the time of opening referred to Marcy as, “a gal with sophisticated allure who’s cool no-nonsense voice has an aura of capability about it.”

During the “women’s lib” era, Marcy forged ahead with confidence and flair on her own. Seemingly born into retailing and decorating, it was “Marcy’s touch” that family, friends, and clients depended on.

Marcy had a love for travel and enjoyed recounting her journeys to Croatia, on African safaris, Zimbabwe, Egypt, Turks and Caicos and Europe (which for Marcy included running with the bulls in Pamplona).

An active member of Megunticook Golf Club in Rockport, Marcy served as chair of the House Committee and a member of the Nominating Committee. Over the years Marcy refined her golf game with laughter and determination at Megunticook. Marcy sponsored the briefly held Miss Piggy Open at the club.

Marcy’s greatest joys were family gatherings spent on the “blue chairs” in the family backyard, Sunday drives with her husband, Peter, her gardens, cooking, humming birds, and companion dogs.

Marcy was the spark that energized everybody she met.

A private family burial will be held in Seaview Cemetery in Rockport. A celebration of Marcy’s life will be announced in the future.

Condolences and memories may be shared with the family by visiting Marcy’s Book of Memories at www.longfuneralhomecamden.com. Arrangements are with the Long Funeral Home, 9 Mountain Street, Camden.

— an obituary from Long Funeral Home and Cremation Service