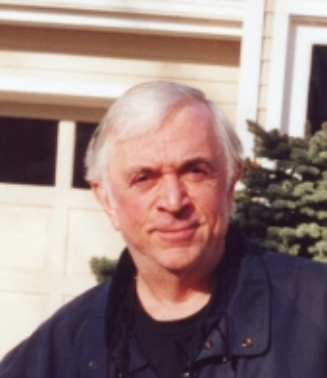 Manuel Joseph Perez, the beloved husband of Janet Williams Shaw, passed away on Sunday, March 24, 2019 at the age of 79.

He was born on Jan. 15, 1940 in Newburgh, New York, the son of Manuel and Madeline (Paolini) Perez. As a child, Manny loved books, reading, listening to stories on the radio and watching movies, which laid the foundation for his life’s work.

On a Naval ROTC scholarship, Manny graduated from the University of Rochester in 1962 with a degree in clinical psychology. While in Rochester, he spent every free moment at the home of Kodak founder, George Eastman.

Eastman’s home had one of the largest collections of movies in the world and was renowned for its photographic and cinema museum. Manny spent days looking at just about every good film ever shot from 1889 to the present.

— an obituary from Shaughnessey-Banks Funeral Home

Post-graduation, Manny was commissioned as a naval officer and began his service in the Vietnam War. Over the next three years, he served as a nuclear weapons officer as well as a public information officer. The latter post allowed him to revisit his love of photography and filmmaking.

In 1966, Manny took a position at the Naval Photographic Center in Washington, D.C. Here he oversaw the start of the Navy’s motion picture operation and was involved with the making of many films, mostly centered on recruitment. These experiences inspired him to write, direct and film a movie on the Navy’s national ROTC program.

Manny eventually entered the private sector, accepting a position at Young & Rubicam in New York City. His years in commercial advertising allowed him to travel the world and yielded many television ads for brands such as Kodak, United Airlines and Hallmark. He retired in 2001 with the title of executive creative director.

Manny and his wife then moved to Connecticut, living in Rowayton and Darien, prior to settling in Fairfield with their daughter, Alexandra. It was in Darien that Manny fell in love with the newly redesigned Darien Library.

The library inspired him to produce the documentary, Darien Library: The Great Good Place which was released in 2010. The film earned him the Connecticut Library Association’s Best in Show Award.

In addition to his wife, Manny is survived by his loving daughter Alexandra. He was predeceased by his son, Christopher.

Friends and family are invited to celebrate Manny’s remarkable life on Thursday, May 23, 2019 at 1 p.m. at St. Timothy Episcopal Church, 4670 Congress St., Fairfield.