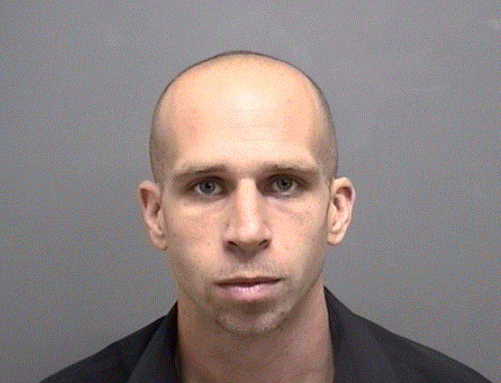 A 28-year-old man arrested after a traffic stop in which police found stolen cartons of cigarettes from Walgreen’s and heroin in the car is also wanted by law enforcement officials in Florida, Darien police said.

Darien police described the matter with this account (including accusations not proven in court: 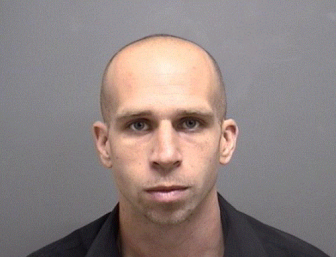 Darien Police arrest photo of Steven D. Wakefield of Norwalk, charged with larceny, drug possession and wanted on a warrant from Florida.

At some time on Monday, Nov. 16, Steven Wakefield went into Walgreens pharmacy at 138 Heights Rd. and told a cashier he wanted to buy two cartons of cigarettes — Marlboro Red and Newport Menthol. After the cashier put them in a bag and was ringing them up, Wakefield grabbed them and ran out of the store.

He got into a Volkswagen driven by another man, and the two started driving west on Heights Road. A police officer on patrol saw that Wakefield wasn’t wearing a seat belt (and the officer later found that the driver wasn’t, either). As the officer followed the car, the Volkswagen made a right turn onto Hollow Tree Ridge Road, through a red light, which is forbidden at that spot.

The police officer followed the car, which turned right onto West Avenue, where it stopped near Edgerton Street.

For a reason not made clear by police, the driver of the car consented to a search of the vehicle, where the two unopened cartons of cigarettes were found, along with a number of waxed folds of paper containing a brown residue determined later to be heroin in initial tests. A used hypodermic needle was also found, along with two visa gift cards on the front passenger seat.

Police also found that Wakefield was wanted on an arrest warrant from Florida, and authorities in that state were willing to extradite him. Darien police said they didn’t know what the charges were in Florida.

A Walgreens manager told police the store didn’t want to press charges in the matter. According to Darien police, some national store chains have policies of not wanting to pursue charges in some matters, although it was unclear just what the Walgreens policy is.

Wakefield previously was arrested May 10, 2014 by Stamford police on charges of disorderly conduct and arrested May 17, 2015 on criminal mischief and later that spring or summer on forgery, identity theft and related charges, according to the Connecticut Judicial Branch website. He remains in jail, and his next court date is Dec. 17 in state Superior Court in Stamford.