Louise “Scottie” Peebles Winter of Norwalk passed away peacefully on July 7. She was 94. 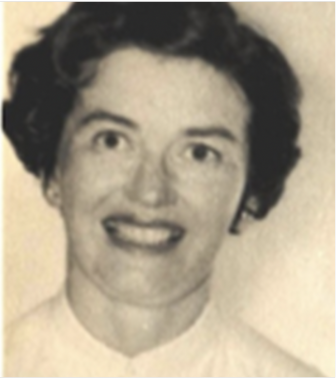 Louise Winter, 94, passed away on July 7. Her wake will take place on Friday, July 22, and her funeral the next day.

Born in Stamford in January 1928 to the late Charles and Agnes Macdonald Peebles, who had recently immigrated from their native Scotland, Louise was raised in Stamford with her brother John and sister Millicent, where she graduated Stamford High School in 1945.

Upon graduation, Louise taught elementary school in Darien for many years inclusive of a break while her children were young, through her retirement in 1992. She often recounted her great memories of the classroom, her students and her experiences as both a teacher and assistant principal at Tokeneke and Hindley schools.

In the early 1950s Louise took the opportunity to teach overseas for several years in Saudi Arabia for the ARAMCO oil company and it gave her a passion for travel and an inquisitiveness and respect for all people and their cultures.

Married for 30 years to her loving husband and World War II veteran Harold E. Winter who died in 1986, Louise was a Norwalk resident since 1956.

A lifelong member of the First Presbyterian Church in Stamford, Louise served the congregation as a Sunday School teacher, Deacon, and Elder for years. She shared many strong and long-lasting friendships among members of the church, the Ascension Beach Club, and her neighbors. A voracious reader and a great sports fan, Louise was a passionate follower of her beloved Mets and UConn basketball.

Louise is survived by her loving family: her daughter and caregiver, Nancy, of Norwalk; her sons: Charles and his wife, Catherine, of Fairfield; and Robert and his partner, Erica, of Norwalk; Henry and his wife, Jennifer, in Palm Coast, Florida; as well as her brother, John, and his wife, Frances, in Burbank, California. She was also very proud of her grandchildren: Kimberly, Emily, Elizabeth, Madison and Robert, as well as her nine nieces and nephews and their families.

Calling hours will be from 4 to 8 p.m., Friday July 22 at Nicholas F. Cognetta Funeral Home, 104 Myrtle Ave., Stamford. The funeral service will be held at 10:30 a.m., Saturday, July 23 at the First Presbyterian Church 1101 Bedford St., Stamford, with burial at Fairfield Memorial Park Cemetery in Stamford.