A decade ago, Liz Solovay was a real estate agent selling in New York City and a mother worried about an infestation of head lice in her kids’ hair.

It took her a while to find the right treatment to get rid of the vermin encamped on their heads, and when she did, she liked the results so much that she and the doctor who delivered them started up their own company — Lice Treatment Center, now headquartered in Monroe. The company’s business operations are run by Solovay, and the doctor — Elin Cohen — who developed various head lice removal products that the company uses.

Just weeks ago, Lice Treatment Center opened a storefront office in Darien (at 537 Post Road, right behind The Complete Angler store, to serve southern Fairfield County. The business frequently offers a service where it will check someone’s head for lice at no charge. 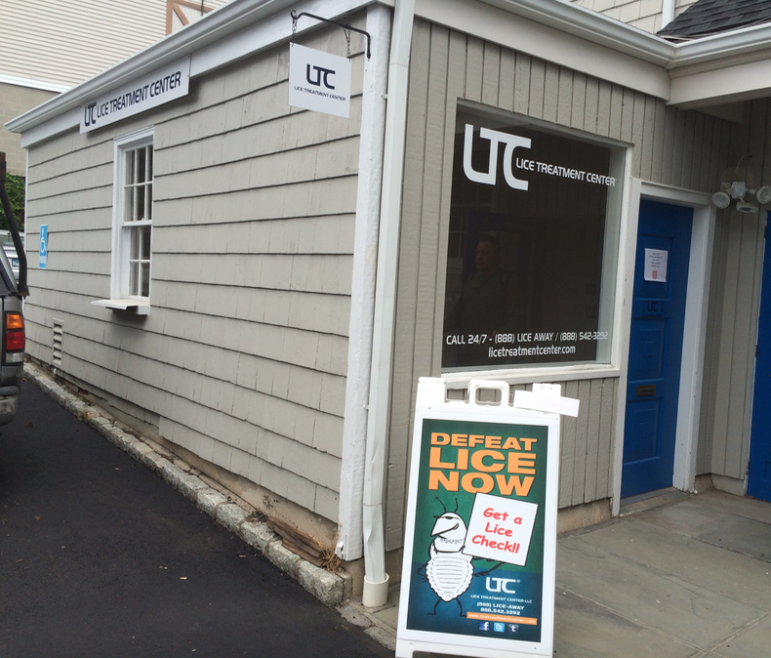 The new store at 529 Post Road in Darien, right behind The Compleat Angler store.

Welcome to their nightmare 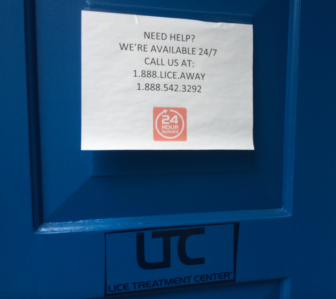 Available by phone 24 hours a day, seven days a week (from a sign on the door at Lice Treatment Center in Darien)

Head lice create a nightmare for families that have them — schools (where a child may have been infested) want to make sure that a student is free of them, parents are worried about vermin crawling on their children’s scalps, kids are upset and everybody’s disgusted.

And once treatment starts, it’s possible that it initially won’t get rid of the insects, which can multiply fast. Even if every louse is removed from one head, lice can return to it from bedsheets or other items in the home or at school.

In short, it’s a nightmare. 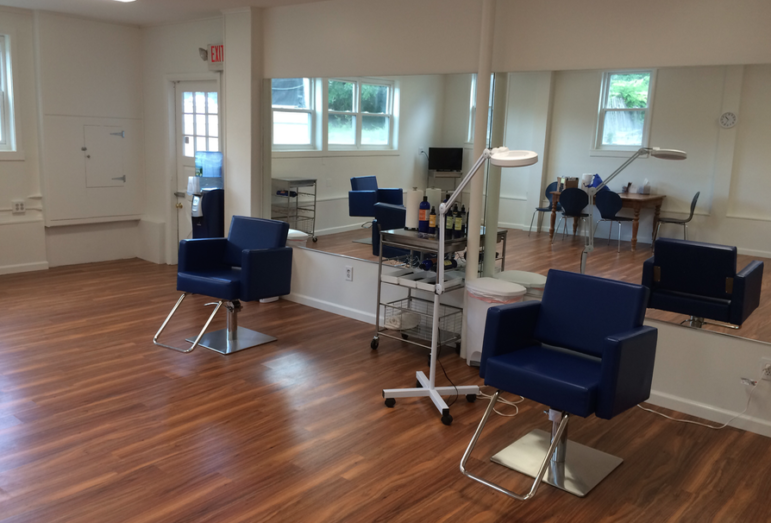 Inside look at the Lice Treatment Center in Darien

“When you get a letter at home [from your kid’s school] or your kid tells you, ‘Susie in my class has lice,’ it really erodes your quality of life when you find you have lice in your household, too,” said Solovay, an Easton resident and the mother of five. “We realized something had to be done.” 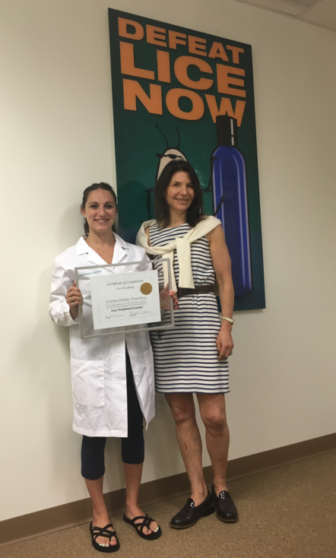 Solovay, who has a business degree in organization and management from Yale University, and Cohen founded a company that not only sells a natural product to get rid of lice, but they offered treatment that includes combing and examining heads of hair, advice about how to get rid of lice in a home, services to schools and summer camps to get rid of lice and even training for others to learn how to remove lice.

The company, which has six full-time employees and as many as 25 working at children’s camps in the summer, has also created a network of franchise businesses across the country, as far south as Florida and west as far as California.

Getting rid of head lice involves several different steps, and there isn’t any shortcut, Solovay says. A shampoo containing cinnamon leaf oil as the active ingredient is used to remove live head lice, and “nits” (lice eggs) that remain are removed with special combs, she said.

It’s possible for a louse to move around on the scalp enough to escape the first treatment, so the process is repeated in follow-up visits over a period of seven to 10 days. 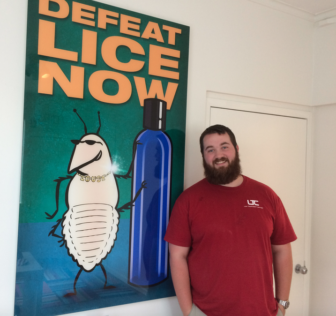 Mitch Ell, a technician at the Lice Treatment Center in Darien

Customers can either come to a Lice Treatment Center office, or an LTC employee can visit the customer’s home (usually for two to four hours), treating every member of the household and advising on what to do with bedding, washable items and other items where the lice might be hiding. 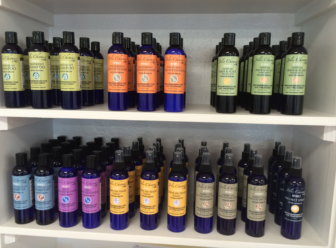 The company’s lice treatment products on display in the store. You can also get them at Grieb’s Pharmacy downtown.

In the end, if head lice don’t have a head to feed at, they die away — “because lice and nits do not survive away from their human hosts, an environmental clean-up will effectively eliminate any risk of re-infestation,” Dr. Cohen says on the LTC website.

“Nits can live for one week after leaving their host, but they require a temperature close to body temperature to hatch, so nits that aren’t on a person would be unviable.”

Some good news: Lice don’t fly or jump, and although they can move pretty fast, they need to move by crawling — so, with careful work, they can be defeated. Any customer who wants to make absolutely, positively certain that they have no more lice on their heads or the heads of their family members can come back to the treatment center and get checked. 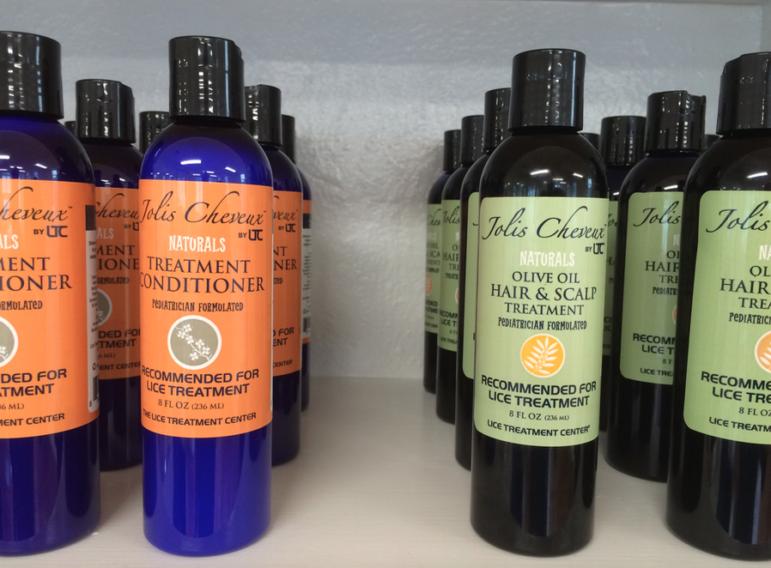 Some bad news: “Lice have developed an immunity to the typical over-the-counter, historical products that have been used to fight them,” Solovay says. But products with cinnamon-leaf oil still work, she said. “We know our products work, because we use them.”

Expansion with the Lice Queen

After 11 years in the business, Solovay said, Lice Treatment Center is one of the largest lice-removal companies in the industry. It works with 50 to 80 summer camps each year. 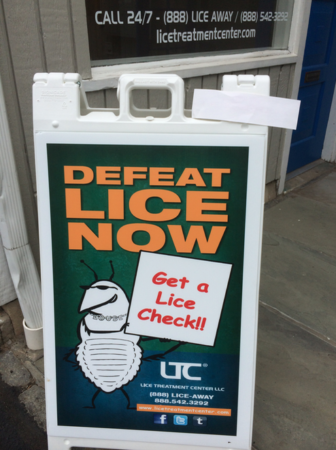 Solovay, who grew up in Westport, joked that with the company’s success come some disappointments: “As a Yale grad, it’s a little bit of a disappointment to my mother” that starting a pest-removal company is the most prominent part of Solovay’s career path. “I told my mother, ‘I’m going to be the Queen of Lice.'”

“My mother looked at me and said, ‘What am I going to tell my friends?'”

Perhaps that many customers and former customers have Solovay’s phone number on their contact list, under “Liz Lice.”