On Saturday, June 8, 15 friends of Michael Taylor staged the third annual Showdown on the Sound, a fundraising event at Weed Beach in Darien to benefit Shatterproof. 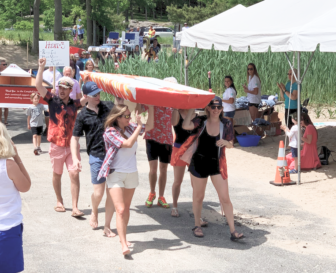 At Showdown on the Sound on Saturday, June 8.

Shatterproof is the national, not-for-profit organization dedicated to the prevention of, treatment for and recovery from addiction and is currently focused on the opioid epidemic.

This group conceived the idea of having a fundraiser built around a fun day at the beach to welcome the beginning of summer.

They spent the past 12 months planning the event and it exceeded all expectations. And we finally had wonderful weather this year! 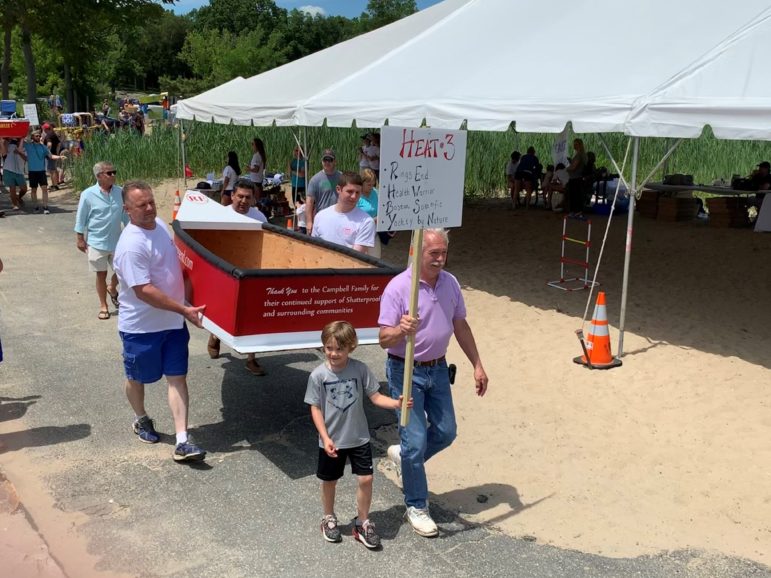 The “Build Your Own Boat” event was the highlight of the Showdown on the Sound.

The “build your own boat” race was the highlight of the afternoon with 20 teams of four paddlers competing.  Hall & Boats won the race – “go girls.” 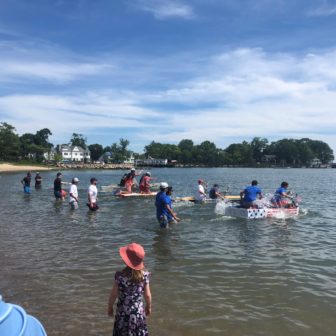 The support from this community and other areas of the country where Michael had touched people’s lives was phenomenal. Just under $200,000 was raised this year to support Shatterproof’s mission.

We want to thank everyone that contributed to this event and especially want to recognize again the “committee” of 15 millennials for their creative idea, superb planning skills and discipline to pull this off:

Panoramic view. “Thank you all.”

Michael would be proud to know he had so many friends that cared for him, and that this group carried on the tradition since high school of having a party to welcome summer. 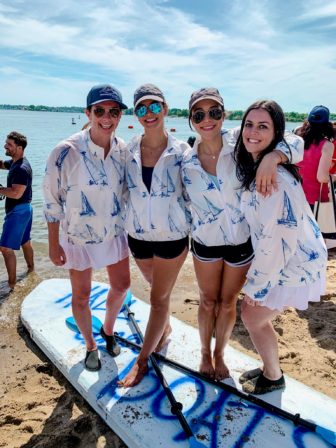