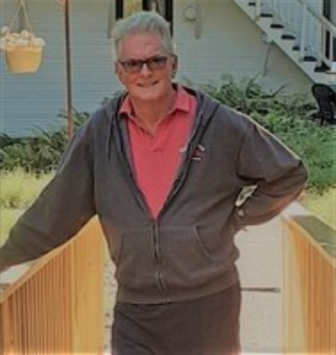 Chip was born in St. Louis on May 31, 1950, to John Hill White and Eleanor Ring White. Chip graduated from St. Mary’s Boys High School in Greenwich, then graduated from Stonehill College in North Easton, Massachusetts in 1972 with a Bachelor of Science Degree in business administration.

In his younger years, Chip spent his summers swimming and diving for the Belle Haven Club swim team with his brothers and sisters. With his father and brothers, Chip was a member of the Boy Scout Troop 22, attending many weekend campouts and attaining the rank of Eagle Scout.

Chip loved sailing his boat, the Banyon Day, on Long Island Sound. He then graduated to a powerboat and enjoyed exploring the nearby islands and taking his mother, Ban, waterskiing.

Chip worked in advertising for over 43 years. He started his career in New York City at Dancer Fitzgerald Sample. He then worked in sales, selling advertising space on the radio at Eastman Radio, Banner Radio, CBS Radio, 970 The Answer (WNYM) and 77 WABC Radio, where he loved working with Curtis Silwa and Frank Morano.

Chip was a member of the choir at St. John’s Roman Catholic Church in Darien for over 20 years. Chip had a wonderful voice and loved to sing.

The family requests that in lieu of flowers, donations be made to the Greenwich Boys Scout Chapter in Greenwich.