John Mitchell Lucas died early in the morning of Jan. 21 in Darien. He had been ill with Parkinson’s disease for a long time. 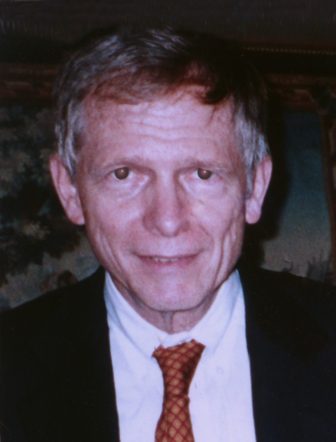 He is survived by his wife Kathy Neilan Lucas (née Krieger) whom he married in June of 2002. They have no children.

The son of Marcus Aurelius and Mary Virginia Lucas, John was born in 1940 in Kansas City. He graduated from Yale University in 1963 and the University of Pennsylvania, School of Architecture in 1968. During graduate school and for several years after, he worked both building houses in Warren, Vt. at Prickly Mountain and in the office of Louis I. Kahn, in Philadelphia.

Of working for Louis Kahn, in 1991 for comments at a Kahn retrospective, John wrote: “Words cannot express the experience of working for Lou, much of the time on long charrettes on projects that were never completed.”

For some portion of his time working for Kahn, John lived out of his Buick, his T-shirts neatly arranged in the trunk. Similarly, at Prickly Mountain, he lived in a shack he’d built on the foundation of a silo. His heat: a Glenwood stove; his blankets: 6-foot fiberglass insulation batts taped together.

Earlier at Prickly, it was John who came up with its name at a meeting of the founders Dave Sellars and Bill Reinecke, with John Mallery, Randy Taplin and several others.

They were assembled on a large rock at the top of the mountain — well, all but John. John was sitting next to the rock on a spread of raspberry bushes. After a while, he was heard to say “Ouch, it’s so prickly up here” and the name stuck.

After Kahn died, John stayed on to catalog Lou’s drawings and then to photograph his projects across the world. In subsequent years, up to 2005, John worked for Pellechia & Meyers, Philadelphia, and then in New York City for Johnson/Burgee, Edward L. Barnes, Eli Attia, and finally Kohn Pederson Fox (KPF). For a year in 1975-1976, he taught at Tunghai University, Taichung, Taiwan.

At KPF, he was a sought after mentor to younger architects. Recognized as a special talent, he was a beloved anomaly in the firm. He took a particular interest in the use of computers in design, and developed a skill at the fundamental plan geometry of large and complex projects all across the world; their zoning, circulation, access, elevator, services, etc.

He had become an architect’s architect, ever curious; ever excited to refine his trade, the tools he brought to it, and the community he worked with.

Earlier in his life, he was known to his peers as “Luke the Duke” — apt then, now and forever.