John E. Grandbois died on June 12 in Lebanon, New Hampshire, following a valiant struggle with primary progressive aphasia. He was 81. 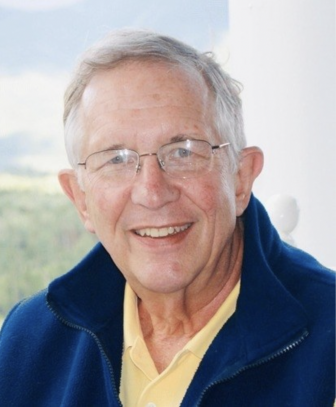 He was born on July 11, 1941 in Kalamazoo, Michigan, to parents Virginia and Morlan Grandbois. The family moved to New Canaan, where John attended St. Luke’s School and graduated in 1958. He completed his undergraduate degree at Boston University in 1962 and later received his MBA from Babson College.

He served in the U.S. Army Reserve overseeing a MASH unit before beginning his professional career at St. Regis Paper Company, where he worked from 1966 to 1984.

He then moved to Philadelphia, where he joined Scott Paper Company prior to starting his own career development firm, Executive Marketing Inc., in 1989. His company was acquired by Manchester Inc., Right Associates, and finally ManpowerGroup Global from where John retired in 2015.

John’s greatest contribution to society was his ability to help others decide “what they wanted to do when they grew up.” Over the course of 26 years, John impacted thousands of people lives by re-defining their careers and helping them secure new jobs. He was an executive job search consultant, a professional counselor of the unemployed, and an advocate for those in their most vulnerable times.

John absolutely loved what he did and selflessly volunteered at the Bryn Mawr Presbyterian Church. John met Phyllis (“Phee”) McPherson, his wife of 50 years, in New York City. They lived in Darien, Northfield, Illinois, and Bryn Mawr, Pennsylvania.

Regardless of the locale, John’s great love and pride were his home and family. Upon his retirement in 2015, John and Phee built a mountain home overlooking Little Squam Lake in Ashland, New Hampshire.

He is survived by his wife, Phee Grandbois; son, Gilbert Grandbois (Katharine B) of Concord, Massachusetts; daughter, Gail G. Burr (Matthew Burr) of Concord; and his grandchildren: Adeline and Miller Grandbois and Paige and Holden Burr.

He was a beloved husband, father, and Poppe (grandfather), devoted to his family and dogs. John had a wonderful sense of humor and an overwhelmingly positive outlook on life. He ended every conversation with “Have a great day.”

In lieu of flowers, donations may be made to The Bryn Mawr Presbyterian Church, Middleton Center, 625 Montgomery Ave, Bryn Mawr, PA 19010.