John Byron Dugdale of Darien died suddenly on May 6, 2019 at Yale New Haven Hospital after complications from a brief illness. He was 61. 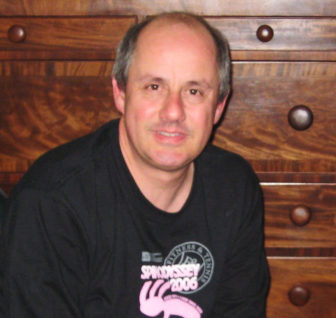 Born in Stamford Hospital on Aug. 30, 1957, he is survived by his parents, Byron and Lois Dugdale, third-generation residents of Darien; his sisters: Mary Danskin, Anne Gordon; and brother-in-law, Ken Gordon, in New Jersey; and his long time girlfriend, Catherine Beckmann. His younger brother, William L. Dugdale, predeceased him in 1969.

John was a graduate of Darien High School and Marietta College in Ohio. He worked at Reid, Thunberg & Co. Inc., in Westport for many years, selling financial research, and did marketing and sales for national merchandising companies.

John lived life enthusiastically and touched many people’s lives. He played many team sports, but his adult passion was for bicycling. He was a member of the Sound Cyclist Bicycle Club, he served as its president and rides coordinator. In 2004, he received the Lifetime Service Award from the club.

For more than 10 years he was on the board of Spin Odyssey for over 10 years, which raised millions of dollars for the American Cancer Society and instrumental in organizing fundraising events such as Bike CT Challenge that benefited the M.S. and Cystic Fibrosis Foundation. He also volunteered at many cultural events.

John was a generous and kind uncle and friend to many. He liked to meet people wherever he went and enjoyed a variety of activities throughout Fairfield County. John also liked to spend his free time researching the stock market at the Darien Library. He will be missed.

A Memorial Service will be held at 11 a.m., Thursday, May 30 in the Chapel at the Noroton Presbyterian Church in Darien. Memorial donations may be made to the Darien Library at 1441 Post Road, Darien, CT 06820.