John Austin Clark, a former resident of Darien, died Oct. 8 at The Nathaniel Witherell nursing home in Greenwich. He passed away in his sleep due to complications from a series of strokes. John was 85. 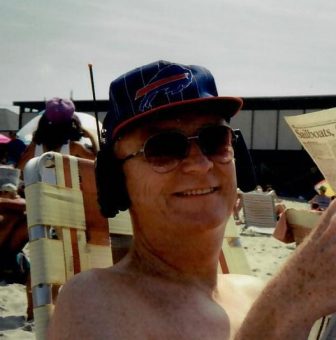 He grew up in East Orange, New Jersey, as the only child of Ralph and Lettie Clark. John earned a Bachelor of Arts degree in political science from Yale University in 1958.

He served in the Army from 1958 to 1960, achieving the rank of specialist fourth class. After his honorable discharge, he received an MBA from Rutgers University.

He became a CPA and worked in the accounting departments of a variety of companies including Westvaco, Sikorsky, and Saatchi & Saatchi. He was working at Marsh McLennan on 9/11 when he lost hundreds of colleagues. He retired from there in 2010.

John was a loyal New York Mets and Buffalo Bills fan from their inceptions. He attended several of the Mets’s first games at the Polo Grounds in Manhattan.

He was a dedicated runner and completed five marathons and dozens of shorter races. John was funny, intelligent, and a stylish dresser. He was an avid animal lover, and the family had a menagerie of pets throughout the years. Before his marriage to Linda in 1974, he lived abroad in such places as Buenos Aires and Paris.

He was a longtime member of Noroton Presbyterian Church, where he served in several roles, including treasurer.

He was predeceased by his wife, Linda Clark, in 2019. He is survived by his daughter, Virginia (Ginger) Clark, and his son-in-law, Brian Cameron, both of Woodbridge.

In lieu of flowers, please donate to PAWS of Norwalk, where several Clark family pets came from, and where John volunteered in his retirement. You might also root for the Mets and the Bills.