Janice (Anderson) Brissette, 94, passed away on July 21 at Stamford Hospital. 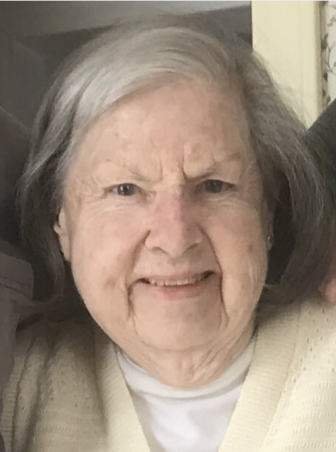 The only child of the late Loretta and William Anderson, she was born in Rockford, Illinois on June 9, 1928, and grew up in a close-knit Swedish American community.

Jan graduated in 1945 from Rockford High School, where she met the love of her life, Richard Stacey Brissette. They were married on June 24, 1950 and moved to Massachusetts, where Dick attended college. Their first child, William, was born in Lowell, and their next two children, John and Roberta (Robin) were born in Westwood, New Jersey, as Dick began his career with Union Carbide.

After the move to Darien 1964, Jan stayed busy as a homemaker for her family, while participating in school and local organizations, including the Darien Community Concerts, the Noroton Yacht Club and PEO.

She and Dick traveled a great deal and they shared their photos and stories with all. Sadly, Dick passed away in 1998, but Jan continued to be involved in her community, in particular the Noroton Presbyterian Church, which she faithfully attended until health issues reduced her mobility.

Jan was a genuinely kind and optimistic person who enjoyed the love of her family and friends. She will be greatly missed by her sons, William (Peggy) and John (Sue Bell); and her daughter, Robin. She was so proud of her two grandsons, Mark (Lilit) and Bennett; and the arrival of her first great grandchild, August, as the pandemic began brought her such joy. She leaves many dear friends, especially Claire Balkite, and her kitty, Henry, who was her daily companion for many years.

A memorial service was held Friday, July 29, 2022. Please consider a donation to the WIKS-USA Nambale Magnet School in rural Kenya in Jan’s memory.