Jim Frederick passed away unexpectedly on Oct. 7, 2020, a few days shy of his 60th birthday. 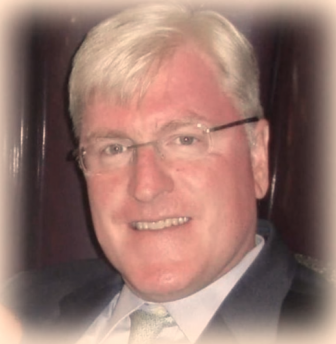 James Bradley Frederick of Darien was born Oct. 13, 1960, and grew up in New Britain, the son of Theodore (Ted) Frederick and Joyce (Chase) Frederick.

Jim’s parents instilled many values in him which became hallmarks of his life including the satisfaction enjoyed after a hard day’s work, and the loyalty and trust earned from always having a friend’s back. Paramount was the joy and fulfillment that came from nurturing a strong, loving family. Everything Jim did and stood for in life revolved around his family.

Jim attended Mooreland Hill School in Kensington, Deerfield Academy in Deerfield, Massachusetts, and Trinity College in Hartford, graduating with a degree in economics. He later served on Trinity’s Alpha Delta Phi Alumni board. He was exceptionally proud to see two of his sons attend his alma mater. Jim made it a priority to maintain life-long relationships with the many friends he made at each of these stops. He welcomed them all into his extended family.

Jim had a successful career in commercial real estate for over 35 years with such established companies as Jones Lang Wooten, Colliers ABR, Cassidy/Turley, DTZ and, most recently, at Cushman & Wakefield as a vice chairman. Jim was respected by clients and associates alike as an intuitive, honest, and likable broker respected for his integrity and creative deal-making.

He was a member of the Tokeneke Club in Darien, and served as president of his association at Stratton Mountain in Vermont, for over 10 years. He found his greatest joy and was happiest when he was with his family floating around his home on Nash Island or skiing on Stratton.

Services will be limited to immediate family.

A celebration of Jim’s tremendous life will be held at a later date. In the interim, please remember Jim and the rest of his family in your prayers.

— an obituary from Carlson Funeral Home