Inge Doris Lorenz (Riedelsberger), the beloved wife of Jürgen Hans Lorenz, died in Fort Myers, Florida on July 7, 2022. She was 80. 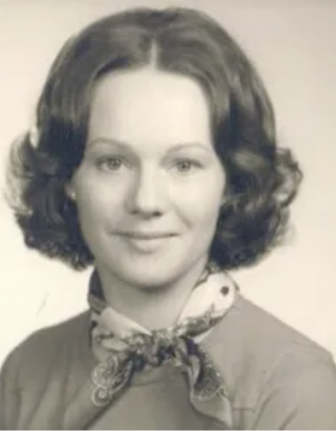 Inge Lorenz, 80, passed away July 7. A celebration of her life will be private.

They were married for 54 years. Inge was born in 1942 in Fuchshöhe, East Prussia. Her family moved westward and settled in Osnabrück, Germany where Inge completed her education and began work as a paralegal.

Her career brought her to Düsseldorf, Germany where she met her future husband, Jürgen. Together they moved to the United States, first to Schaumburg, Illinois, and then to Darien, where they raised their two daughters. After her husband’s retirement, they moved to Fort Myers, Florida.

Inge had many interests. She was an avid tennis player on the tennis teams at the Country Club of Darien and the Gulf Harbour Yacht and Country Club in Fort Myers, Florida.

She continually educated herself on topics such as wellness, health, fashion, gardening, cooking, and baking. She was always generous with her knowledge, support and opinions.

In addition, she was a world traveler and collected eclectic music everywhere she went. There was never a ride in her beloved Audi without a blast of international flair.

No matter where she was in the world, we could always count on receiving an expertly wrapped box of her homemade cookies. As a wife, mother and Oma, she was the best. Her warmth will be deeply missed.

Inge is survived by her husband, Jürgen, her two daughters, Kirsten (Harry) of Fort Worth, Texas and Dagmar (Jeffery) of Darien and their children: Britta, Peter, Oscar, Paul Otto and Maximilian. Her extended family, including cousins, nieces, and nephews, all reside in Germany.

A private celebration of her life will be held in Fort Myers, Florida. Donations may be made in Inge’s memory to the Center for Brain Health at the University of Texas Dallas.

— an obituary from the News-Press of Ft. Meyers, Florida, and, by the Darien Times, on Legacy.com, where online condolences may be left.