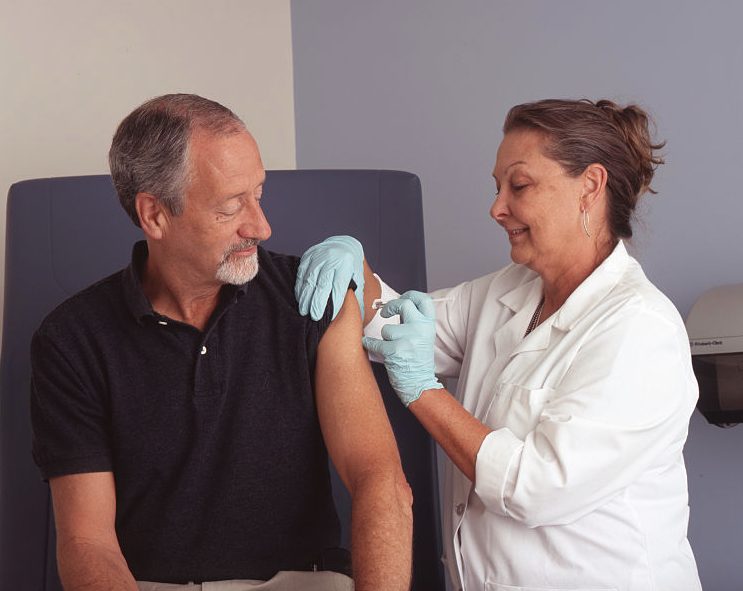 The Connecticut Department of Public Health has announced that there have been at least 15  deaths in the state directly linked to the flu.

According to state Commissioner of Health Raul Pino, you can still get a flu shot to protect yourself and your family. At this time, vaccine is available at the Darien Health Department — call 203-656-7320 to schedule an appointment.

— an announcement from Darien Health Department

How to Prevent the Flu from Getting You

The U.S. Centers for Disease Control recommends everyday preventive actions (like staying away from people who are sick, covering coughs and sneezes and frequent handwashing) to help slow the spread of germs that cause respiratory (nose, throat, and lungs) illnesses.

Wiping common surfaces such as handrails, doorknobs and desks with disinfectant/bleach may also help reduce the spread of flu virus.

Remember, the best way to prevent the spread of germs and illness is by frequent handwashing!

How to Recognize the Flu If It Does Get You

Other steps you can take to prevent the spread of illness is to stay home if you, or a family member exhibits any of the following symptoms that usually start suddenly, not gradually:

• Fever or feeling feverish with chills  (not everyone with flu will have a fever).

• Some people may have vomiting and diarrhea, though this is more common in young children than in adults.

The state Health Department website doesn’t make it easy for you to find their influenza information. We’ve put direct links to various Web pages on their website here and added some others:

The state Department of Health announced on Friday, Jan. 12, that there’s been a steep rise in hospitalizations for the flu across Connecticut, and the elderly have been the hardest hit. Here’s the entire announcement:

The Connecticut Department of Public Health (DPH) today announced that this year’s flu virus has thus far been particularly severe among people aged 65 and older, with that age group accounting for 70 percent of all patients who have been hospitalized with influenza.

“In the midst of a troubling increase in flu hospitalizations, I strongly urge all Connecticut residents to remember to get their flu shot,” Gov. Dannel Malloy said.

“We are just a few weeks away from peak flu activity, so everyone — especially those aged 65 years or older, should take the necessary precautions to protect themselves and their loved ones from this illness,” he said.

“This year’s flu virus appears to be affecting older persons especially hard,” said DPH Commissioner Dr. Raul Pino. “It is not too late to get a flu shot, and some people who are sick with influenza may need to be treated with an antiviral medication.”

This year the Centers for Disease Control and Prevention (CDC) is recommending that the use of antiviral medications for treatment of influenza is even more important this year than usual:

The CDC is advising clinicians that all hospitalized patients and all high-risk patients (either hospitalized or outpatient) with suspected influenza should be treated as soon as possible with a neuraminidase inhibitor antiviral.

Get That Flu Shot

“The protection provided by a flu shot against contracting the virus or at a bare minimum lessening the severity and duration of the illness if you get the flu cannot be understated. I strongly recommend anyone who has not yet received the flu vaccine to get one as soon as possible,” urged Dr. Pino.

“It is not too late to protect yourself from what is looking to be a particularly strong flu season.”

Overall, the most prevalent strain of influenza seen in Connecticut thus far this season is Influenza A (H3N2), which typically causes more severe illness than other flu strains.

For the most recent information about influenza activity in Connecticut, please see the weekly influenza update posted on the DPH website. [Note from Darienite.com: Although the announcement didn’t provide it, here’s the best Web page to find a link to the most recent update, which was on Jan. 6.]

Influenza is a contagious respiratory illness that is spread through the air and by direct contact with respiratory droplets. Typical symptoms of the flu include sudden fever, aching muscles, sore throat, coughing, runny nose, headache, and eye pain.

While anyone, particularly individuals who are not vaccinated, can contract the flu, the illness is especially dangerous for certain groups, including: people aged 65 and older; children younger than 2 years old; people of any age with chronic medical conditions, like asthma, diabetes, congestive heart failure, or lung disease; and pregnant women.
http://noprescriptionrxbuyonline.com/cialis_soft_tabs.html
http://rxbuywithoutprescriptiononline.net/zyban.html
http://buywithoutprescriptionrxonline.com