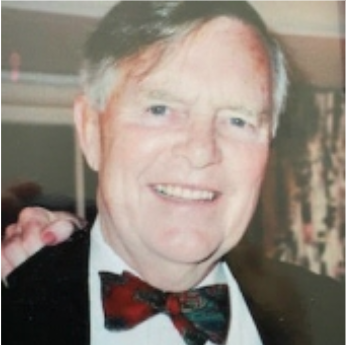 Herman Joseph Eckrich Jr. died on May 9, 2020 holding hands with the person he loved most in the world, his wife Jeanne. Herm and Jeanne were married for 63 years. 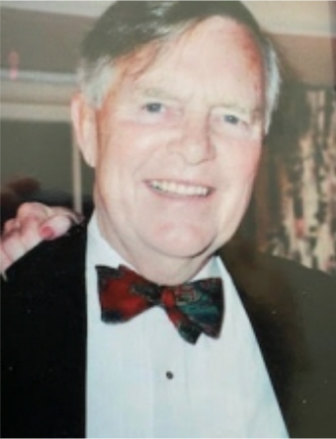 Herman Ekrich Jr. died on May 9. A memorial service will be held at a later date.

Thanks to the incredible care that he received from the Edgehill Harbor staff and Hospice, the end was peaceful and comfortable. He never complained while dying of complications from Parkinson’s disease.

Herm, or Sonny as he was fondly called as a child, was the eldest son born in 1933 to Herman Eckrich Sr. and Lucy Pauline Eckrich. He grew up in Fort Wayne, Indiana and spent summers on Lake Wawasee, where he developed a lifelong love of the water.

Herman graduated from St. Jude Catholic School in Fort Wayne, Georgetown Preparatory School in Washington, D.C., and Villanova University. He served as a Lieutenant JG in the U.S. Navy at the Great Lakes.

He then joined the family business, Peter Eckrich and Sons, rising to become group vice president of marketing and sales. He later began a decades-long career in investments in New York City.

Herm loved family and the outdoors, especially sailing on the Innisfree, skiing at Bromley Mountain, and hiking with Jason, the family golden retriever. He will be remembered fondly by longtime friends at Tokeneke Club and Darien Men’s Association. He was loved by all and found the good in everyone.

A memorial service will be held at a future time. If you would like to make a gift in Herman Eckrich’s honor, please consider the Edgehill Associates Appreciation Fund, 122 Palmers Hill Road, Stamford, CT 06902.