Under a proposal from town Health Director David Knauf, Darien restaurants that fail inspection more than once within any 12-month period would pay higher and higher fees for each failure.

A member of the town’s Advisory Board of Health suggested another higher fee, which Knauf and the full board endorsed: A new $100 fine for any food-serving establishment not displaying the latest health inspection rating — a practice already required by town ordinance but which, so far, hasn’t had a fine attached to it.

Knauf described the proposal at a meeting of the health board last Wednesday. He said he has been told that the matter will be on the agenda of a January meeting of the Board of Selectmen, which is expected to vote later on whether to adopt it.

Nearly all food-serving establishments in town either never get a “C” rating — the worst of the town’s A/B/C rating system — or get only one in the course of any 12 month period, Knauf said.

“But there are a few places in town that we repeatedly have issues with, that fail a multitude of times,” he said. 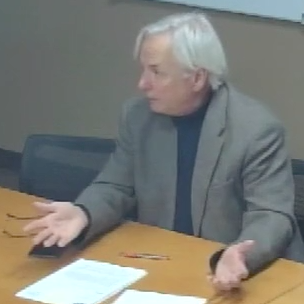 Darien Health Director David Knauf at the Advisory Board of Health meeting on Dec. 17.

Knauf later that the problem is very limited: “There is just a few places — only a handful [that repeatedly fail inspections] — but they repeat problems.”

They can fail two, three or even four times over the course of a year, and a pattern of failing inspections more than once in any 365-day period can extend for more than a year, he said.

“So what I would like to do is kind of ‘ante up’ on the reinspection fees that we assess to these facilities that chronically fail,” he said.

Currently, the Health Department imposes a re-inspection fee for any restaurant or other food-serving establishment that fails two or more inspections in any 12-month period.

“No matter how many times they fail during the course of that year, they get assessed 50% of their permit fee,” he said. Knauf proposed a fee of 75% for the second reinspecti0n fee and 100% for the third inspection.

The extra fees would compensate the Health Department for the extra time that inspectors spend at the inspection-failing restaurants, Knauf said.

“There are some places in town that we’ll inspect as many as eight times a year,” including four regular inspections a year and as many reinspections as needed, he said.

Board Andy Matthiesen, a board member, said that repeated reinspections could mean fees totaling as much as $4,000 or $5,000 a year. “That would be an incentive not to fail,” Knauf said. “I hope so.”

Knauf said that when a restaurant repeatedly fails inspections, he’ll insist that it hire a consultant to advise it on ways of meeting the health code, or it won’t be allowed to stay open.

He said that likely costs more than any fees the town is assessing for inspections, but the higher reinspection fees should still help convince restaurant owners to fix up their facilities and practices. 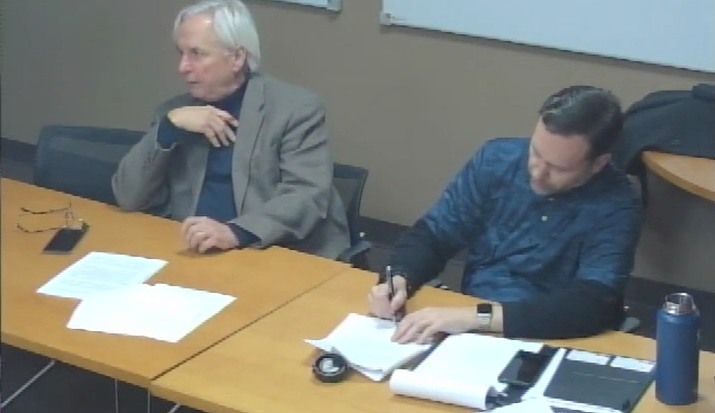 Darien Health Director David Knauf speaking to the town Advisory Board of Health on Wednesday, Dec. 17. On the right, Board Chairman Kevin Cunningham.

Knauf suggested instituting a $50 fine when an establishment doesn’t post the town A/B/C inspection rating. Cunningham said he didn’t think that amount would be effective in deterring violations of the posting rule.

“Make it $100,” Cunningham said. “It is in the code that they need to do that. Make it a hundred.” Knauf and the rest of the board agreed.

Darien’s permit fees for food-serving establishments are already higher than most other communities, Knauf said. “I did a comparison with [other] communities and even though we haven’t raised our fees in pretty much the whole time I’ve been here, we’re still among the highest fee assessors in the state,” he said.

Knauf said that Wilton also has high permit fees, but New Canaan, Trumbull and Glastonbury have lower ones.

All health permits for food-serving establishments run one year and expire in December. They’re officially due on Jan. 1. The Health Department sent out 146 application forms this year, a number that doesn’t change much from year to year.

Restaurants must have their taxes paid and must meet requirements for keeping grease from going into town sanitary sewers.

When 2020 health permit applications were sent to restaurants in town, Knauf said, he included a statement in the cover letter saying he was proposing higher fees for reinspections, and if the Board of Selectmen agrees to the fee hikes, he’ll have emails sent to all restaurants to inform them of the change.

“As I said, this doesn’t apply to most facilities in the community, only a few — and I think we’ll deliver that word directly.”

Knauf said that a facility that recently opened in town had to be closed down for 30 days after it repeatedly failed health inspections. He didn’t name the place.

“We had a facility that just opened [and] what we do is we give a 30-day permit for a new facility,” he said. “You give a permit to open, and generally the place is perfect, you know, the equipment is new, it’s all set up.

“But we have no idea of how the employees handle food, or if they know how to handle food [safely], so we issue a 30-day permit, during which time we evaluate food handling practices […]

“We had a place that opened recently that failed two consecutive inspections during that 30-day period. I did not renew their permit for another 30 days. I suspended it, and they were closed over this past weekend.”

The idea was to let the restaurant conduct in-house training for employees. “So that’s a pretty good tool that’s been effective for new facilities,” Knauf said. “I […] figured out a long time ago that places may look good when they open, but that doesn’t mean they know how to handle food and that the staff is trained in the [proper] procedures.”