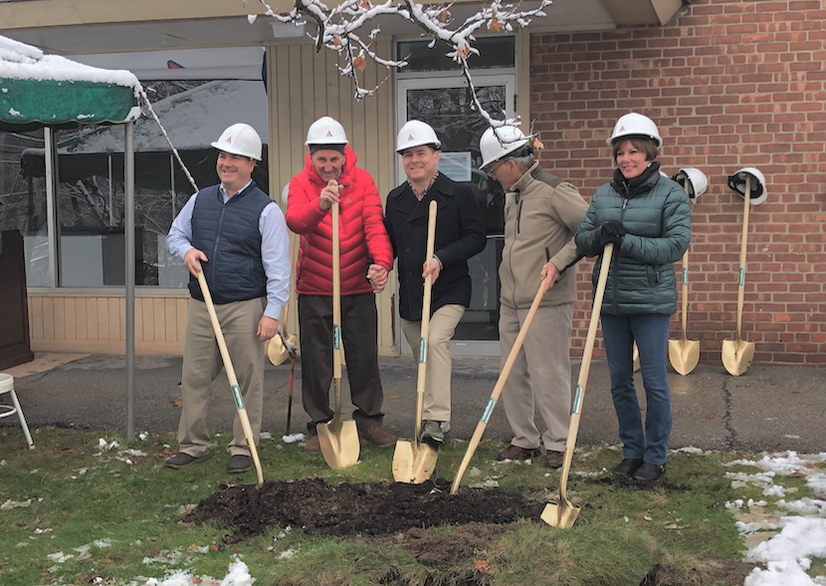 With Stop and Shop supermarket on Heights Road scheduled to close on Thursday, Dec. 19,  and one building already down at the future “The Commons at Noroton Heights” development.

Just down the street, Noroton Heights Shopping Center has already held a groundbreaking ceremony and the business district starts to change.

Some shelves in Stop and Shop were already looking bare over the weekend. Palmer’s Market, on the other hand, is neither closing nor being rebuilt, although some shoppers have been asking about that, said Greg Palmer, president of Noroton Heights Shopping Center. 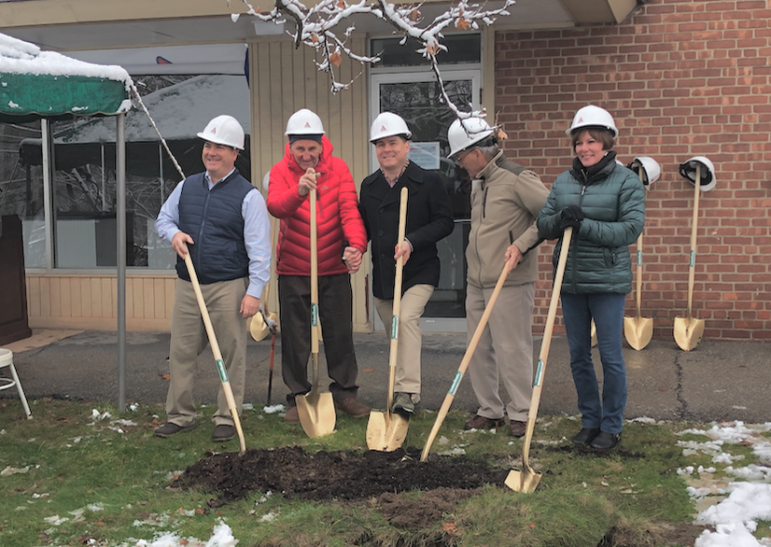 “We’re really excited to get it going,” Palmer said. The idea of rebuilding the shopping center started about nine years ago, and the planning picked up about seven years ago, he said.

The Post Office, Fabricare Cleaners and Fresh Green Light have moved to the area below Palmer’s.

Glen Liquor and Embody, still open at their original locations, won’t be staying at the shopping center site and an arrangement hasn’t yet been worked out with Jimmy’s Southside Tavern, also still open, Palmer said.

Although the shopping center offered both Glen Liquor and Embody space in a temporary building in the parking lot, the owners of each store declined the offer, Palmer said.

Environmental abatement work has started in the Noroton Shopping Center buildings (which were built in the late 1950s), and demolition is expected to start early in 2020, Palmer said.

The plan is for all of the shopping center buildings to be demolished at once and for the replacement buildings to be ready in early 2022, or possibly the fourth quarter of 2021, he said.

The new shopping center, with slightly less retail space than the old buildings, will have room for 12 stores, including three restaurants, Palmer said. Above the stores will be 59 apartments, a mix of one- and two-bedroom units.

Federal Realty’s “The Commons at Noroton Heights” is expected to be done sometime in 2021, according to the website for the project.