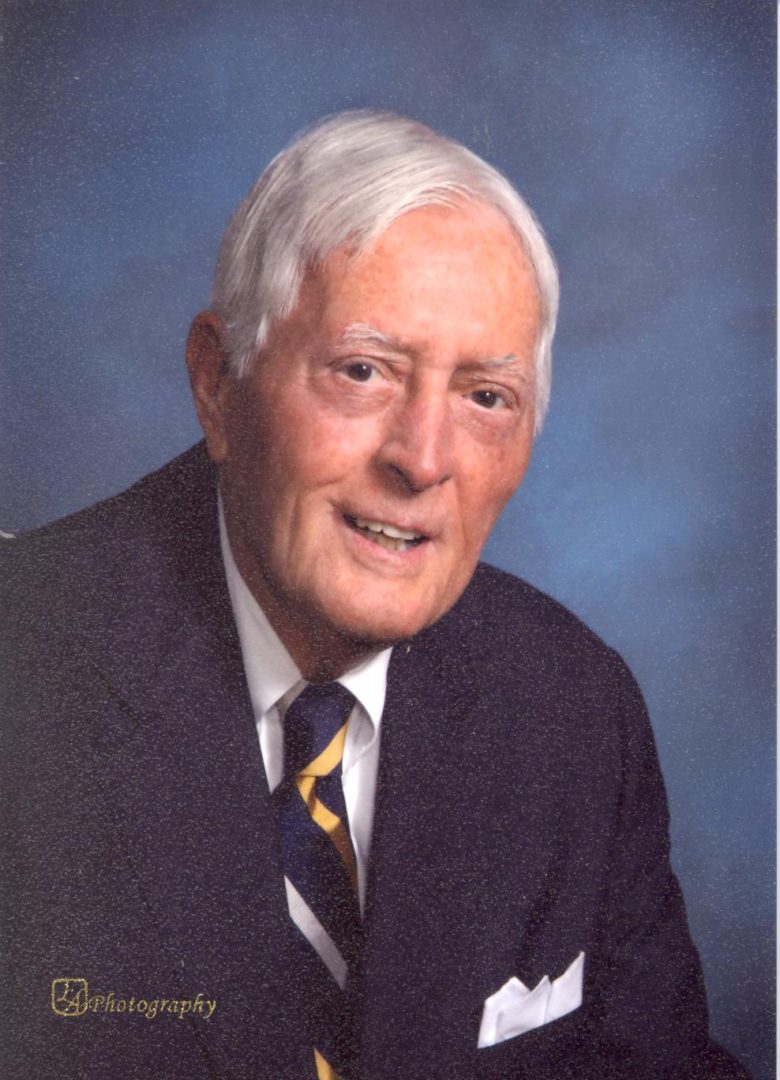 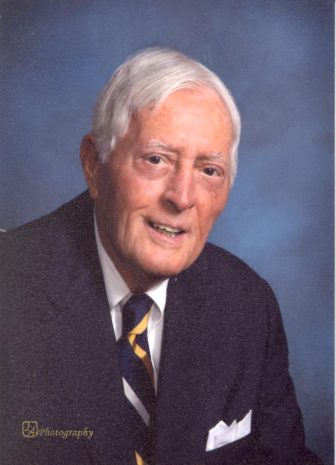 Born in Brooklyn, NY on October 24, 1926 to the late Raymond and Lillian Satterley, he spent his early years in Bay Ridge, Brooklyn.

His family moved to Stewart Manor on Long Island in 1939 where he attended Sewanhaka High School. At Sewanhaka he was captain of the lacrosse team in 1944 and was elected captain of the Metropolitan and Long Island Lacrosse Association All-Scholastic team that same year.

Prior to college he served in the U.S. Navy during World War II as a radarman aboard the USS Weiss, APD135.

He attended Hobart College, graduating in 1950. At Hobart, he was a member of the sophomore and junior honor societies and in his senior year was elected a Druid, the school’s highest honor.

He captained the lacrosse team in 1949, played in the 1950 North South game, and was a three time All-American. In 2006, he was elected to the Hobart Athletic Hall of Fame. Gordon was always proud to say he was a Kappa Sigma.

Mr. Satterley was the executive director of several New York City law firms, having retired from Patterson, Belknap, Webb & Tyler in 1989. Prior to his law firm career, he was a district manager with the New York Telephone Company.

In retirement, he coached lacrosse at the prep and high school level, drove for the Red Cross, was a shopper for the homebound and upon his death was the business manager and financial officer of Spring Grove Cemetery in Darien.

Gordon enjoyed golf, tennis, bridge and was an avid reader. He was a lector and Eucharistic minister at St. Thomas More Church and enjoyed traveling with his wife, Joan, to Europe, Alaska, the Caribbean and many wonderful sites in the continental United States. He was a long time member of Woodway Country Club.

He is survived by his wife of 66 years, Joan; his sons: Thomas of Richboro, Pa. and James of Rockville, Md.; and his daughters: Nancy of Rockville Centre, N.Y. and Maureen of Bedminster, NJ. He is also survived by 10 grandchildren.

A son, Gordon F. Satterley, Jr., predeceased his father as an infant and a grandson Troy Jameson Satterley, died as the result of an accident at age five.