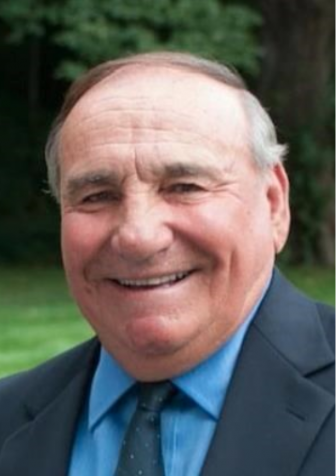 George Wetzell, 84, died Feb. 9. His memorial service will be held in the summer.

The son of the late Horace and Gerda Wetzell of Harrison, New York, George was born on Sept. 18, 1936 in Shanghai, where his father owned a U.S. trading company.

His family then moved to Harrison in 1949. George later attended his beloved St. Lawrence University (Class of ’58), where he was a member of the ROTC and a star baseball and football player.

After graduating, he met Linda, his late wife of 46 years, while stationed at Fort Benning in Georgia. George had a very successful career starting at TESA Inc., becoming vice president and national sales manager at the age of 38, when he lived in Darien.

He then moved to Cohasset, Massachusets, where he partnered with a prominent manufacturing representative group for 17 years. He later formed his own business and retired at age 59.

Scituate, Massachusetts then became his home, where he met his longtime companion Judy Mulchahy. George was a loving father, grandfather, and a loyal friend to many. He was an avid athlete from his early football days at St. Lawrence University to his softball and basketball leagues in Darien.

He loved boating, skiing, vacationing in Aruba and West Palm Beach, golfing and Patriots games. George enjoyed and lived life to the absolute fullest. He brought joy and laughter to everyone around him and to anyone he met.

In addition to his wife, George was predeceased by his late daughter, Melissa Wetzell, of West Palm Beach, Florida.

His memory will be forever cherished in the lives of his children: his daughter, Lisa Kent, and her husband, James, of Duxbury, Massachusetts; his son, Brett Wetzell, and Brett’s wife, Darline, of Ponte Vedra, Florida; his brother, Rolf Wetzell, and Rolf’s wife, Geraldine, of Shelburne, Vermont; his companion (partner), Judy Mulcahy, of Scituate; His five grandchildren: Brooke and Tayler Kent, Catherine, Lauren and Jackson Birch.

Services will be held privately at Richardson-Gaffey Funeral Home with a memorial service later in the summer.

— This obituary is from Richardson-Gaffey Funeral Home of Scituate, where online condolences may be left.