George B. Higgins Jr. passed away Saturday, Dec. 22 at North Shore Hospital, Manhasset, New York with his loving wife, Margaret “Peggy” Higgins, his son, Sean, and two sisters at his bedside. He will be greatly missed. 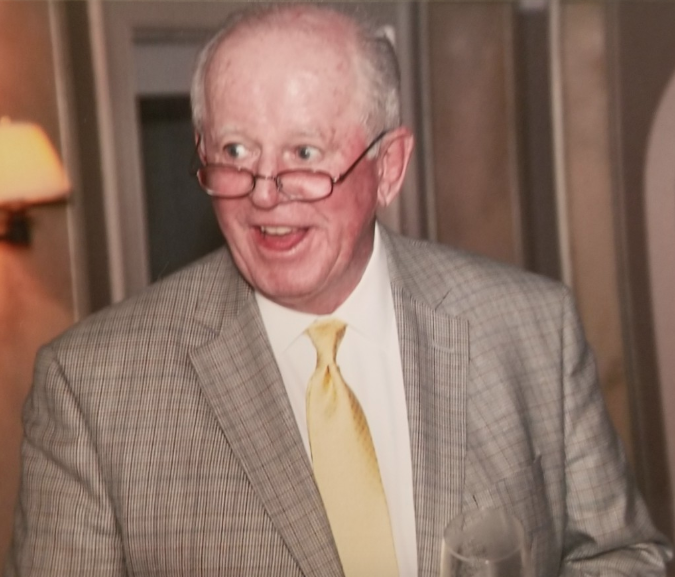 George Higgins Jr. passed away on Dec. 22. His funeral is scheduled for Friday, Jan. 4.

He returned to New York and began his career at Xerox Corporation in New York City, rising to management prior to his departure in January 1982, when he left to become president of Higgins Fire Protection, Inc. after the death of his father, who founded the corporation.

George met his wife, Peggy in New York City in 1972. They married in 1974 and loved their life together, raising their family and traveling, living in New York City, purchasing their first home in Rye, New York, then onto Darien, where they have lived for the past 35 years.

George was a loving, involved, and supportive husband, father and friend. He will long be remembered for his generous spirit, his wit, and his indefatigable sense of humor. He loved spending time with his family, and he adored and spoiled his three golden retrievers, leaving Banner, who will miss George’s many treats.

A member of Silvermine Golf Club and Darien Boat Club, George enjoyed golfing, boating, and skiing. He was an aficionado of golf, both on and off the course, always keeping his partner and competitors abreast of the rules.

He especially cherished summers in Shady Harbor, Rhode Island, where from a young age he spent time fishing, clamming, sailing and water skiing on Quonochontaug Pond, and he has imparted his love to the next generation.

George is survived by his wife, Peggy; son, Sean Higgins, and wife, Barrett, and adoring grandson, Parker. He is also survived by his sisters Catherine Higgins and Helen Minetti Higgins, MD, and Helen’s son, Michael Minetti; his mother-in-law, Elizabeth Harmon; brother-in-law, James Harmon, and his wife, Ann, and their son Christopher; sister-in-law, Joanne Bryant, and her husband, Wayne, and their daughter, Kelsey Bryant, and her husband, Charlie Rohrer.

In lieu of flowers, a Memorial Gift in honor of George’s life may be forwarded to his alma mater, St. Michael’s College, George B. Higgins Jr. (1969), Office of Institutional Advancement, 1 Winooski Park, Box 256, Colchester, Vermont 05439