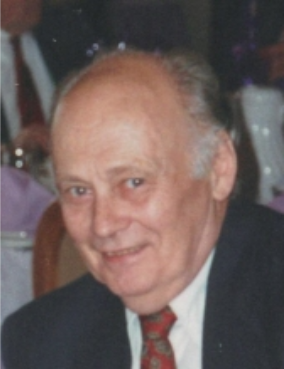 George Joseph Friend of Norwalk passed peacefully into the Lord’s hands on Feb. 8, 2020 at his home in the presence of family at the age of 88.

A devout Catholic, George was a generous man whose acts of goodwill and kindness touched the hearts of family and friends alike.

George was born in 1932 to George Murdock Friend and Delia Mary Callahan of Darien. During the 1950s, George served his country honorably in the U.S. Army as a Sound Ranger.

George was a small business owner in Stamford in the 1960s and a carpenter by trade; a proud member of the United Brotherhood of Carpenters and Joiners of America, he contributed his talent to Ray Proof Corporation of Norwalk for most of his working career.

In addition to woodworking and photography, George enjoyed his role as family historian and genealogist.

George is survived by Jeannine Cunningham, his loving wife of 55+ years; three devoted children, Karen Friend of Stamford; George Alan Friend and wife Robin Wellons of Shelton; Michael Friend of Norwalk; three grandchildren, Christopher Friend, Karina Friend, and Arial Friend; his sisters Geraldine McGovern of Massachusetts and Carol Giavara of Shelton; and his brother James Friend of Darien, as well as many cousins, nieces and nephews.