Darien police are looking for an “elderly white male” in his late 50s or early 60s, with salt-and-pepper hair, a slim build who was last seen removing the gay pride flag from the flagpole at Pear Tree Point Beach on Tuesday, June 1 — the first day of Gay Pride Month.

A Darien Parks and Recreation Department employee told police that when questioned about removing the flag — and putting up a small U.S. flag in its place — the man said he was a town employee and he was assigned to “change the flags.”

In an announcement about the incident, police said “it does not appear probable” that either assertion is true. The gay pride flag was up at 1 p.m. and it had been removed by 3 p.m.

By June 6, a new gay pride rainbow flag was donated to the town and replaced the stolen one, according to Michael Cortese, whose Twitter account has been publicizing gay pride month displays by 250 individuals and businesses in town and 300 lawn signs: 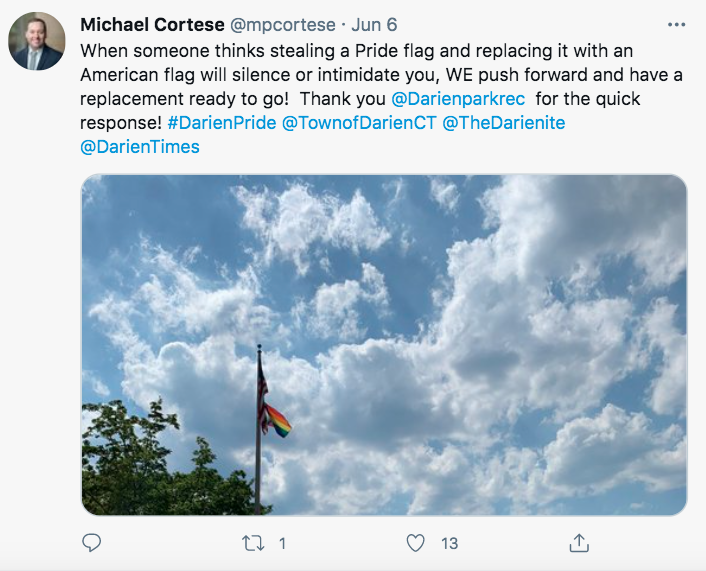 On June 6, Michael Cortese celebrated the new gay pride flag on the Pear Tree Point Beach flagpole, where a previous flag had been stolen. 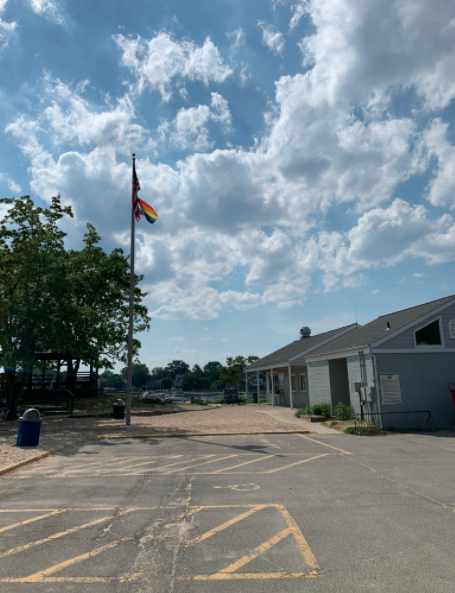 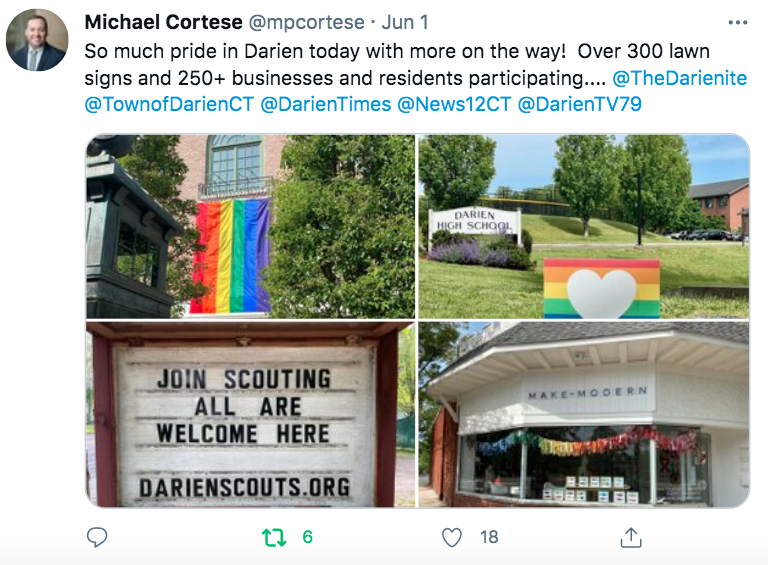 Cortese criticized First Selectman Jayme Stevenson and RTM Moderator Seth Morton for not responding to the theft with a prominent public statement, which he said could discourage other, similar acts of theft or vandalism in upcoming weeks. Stevenson replied on Twitter that the town’s response had been appropriate: 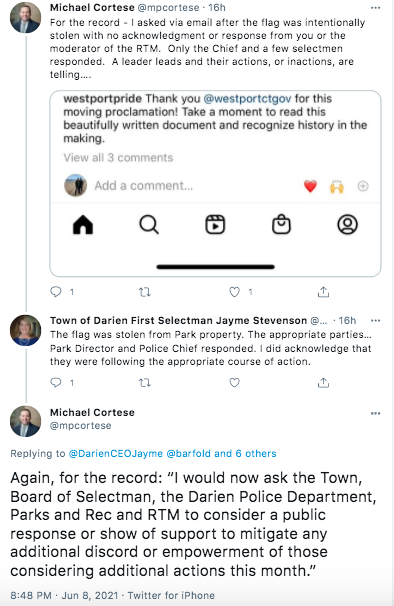 Darien police are asking anyone with information about the incident to contact the Detective Bureau at 203.662.5330. All calls will be kept confidential. An anonymous tip can be submitted here on the department’s website.