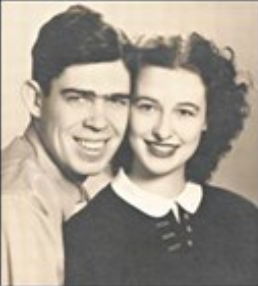 Vyrel Shea, 94, and Frank Shea, 98, passed away within four months of each other. A funeral will be held on Jan. 4.

Vyrel Shea, 94, and Frank Shea, 97, passed away within four months of each other. A funeral will be held on Jan. 4.

They moved to Philadelphia, where Frank attended the Wharton School at the University of Pennsylvania and Vyerl worked in a department store.

Upon graduation in 1949 they moved to Darien to start career and family (the half dozen). They eventually came to Seattle. Frank worked for the Rainier Brewing Company. Vyerl ran a busy household and later worked as an EKG technician at Doctors Hospital.

They were good people and a great team. Vyerl was a devout Catholic and Frank was a respectful agnostic. Vyerl covered the night shift in parenting. Frank made sure the kids were up fed and ready for school when she returned from Mass in the morning. They had different beliefs yet similar values.

As the nest emptied they cared for Vyerl’s mother in her last nine years of life. After her passing they continued to find folks in need of their special care. Caring for others was their mission. In the end, as dementia gained a foothold, they soothed each other by just being together.

This partnership will be honored with a funeral Mass at 11 a.m., Saturday, Jan. 4, 2020 at St. Patrick Church in Seattle.

Please honor their memory with random acts of caring.

— This obituary was just pubished by the Seattle Times.