Frank Joseph Colandro, 62, a lifelong resident of Stamford passed away peacefully surrounded by his loving family on Saturday, June 12, 2021 at Stamford Hospital. 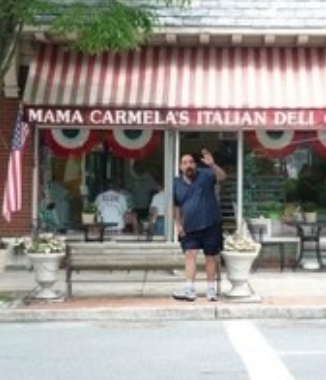 Frank Colandro, 62, founder and owner of Mama Carmela’s Deli, passed away June 12. His wake will be on Thursday, June 17, and his funeral on Friday.

He was born in Stamford on Feb. 4, 1959 to the late John Colandro, Sr. and Carmela Denicola Colandro.

Frank graduated from Stamford High School in 1977. After high school, Frank worked with his father at Stamford Box Lunch. He also managed a family-owned gas station on Cove Road for several years and moved on to help out at his father’s next business, the Deli Club and Gaiety Package Store.

In 2001, Frank made his mark in Darien when he opened Mama Carmela’s, a deli named after his mother, who inspired his passion for cooking. From day one, he treated every customer like a member of his family and won the hearts (and appetites) of the community. He became a huge supporter of the Blue Wave teams, cooking up team breakfasts or pasta dinners before big games.

Frank was a beloved brother, uncle, nephew, cousin and friend. He was an avid Yankees and Cowboys fan. He had a larger than life personality and an infectious smile that was always on display whenever you walked into his deli. He loved to host parties for his family and friends, most notably his summer luaus.

He loved nothing more than taking his treasured 1970 Chevelle SS for a spin. He took pride in restoring his old car into an award-winning classic.

Frank’s family would like to thank the entire Darien community, especially “Mama’s Mamas,” for supporting Frank for the 20 years he’s been in business and through his previous cancer battles.

Frank will always be remembered for his strong will and contagious personality. He touched the lives of everyone he knew and will be greatly missed. His memory will live on forever in our hearts.

In lieu of flowers, the family prefers donations to be made in Frank’s name to The Leukemia & Lymphoma Society.