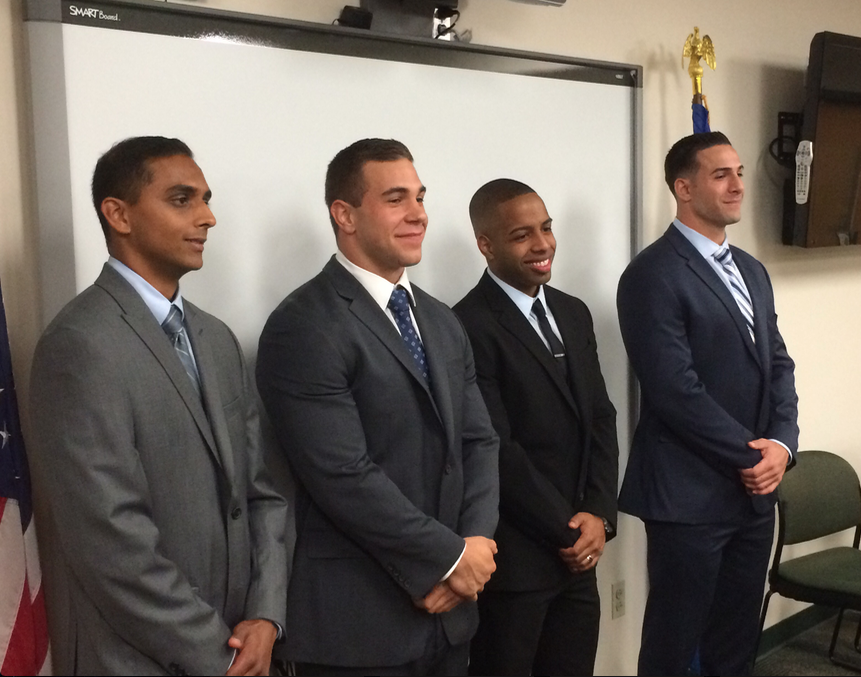 Darien Police Department has four new probationary officers, sworn in Monday night in front of their families and backed by good wishes from Police Chief Duane Lovello and town officials.

“They’ll come back here for 12 weeks of field training,” Lovello said. “Then we turn them loose” on the town, he joked. 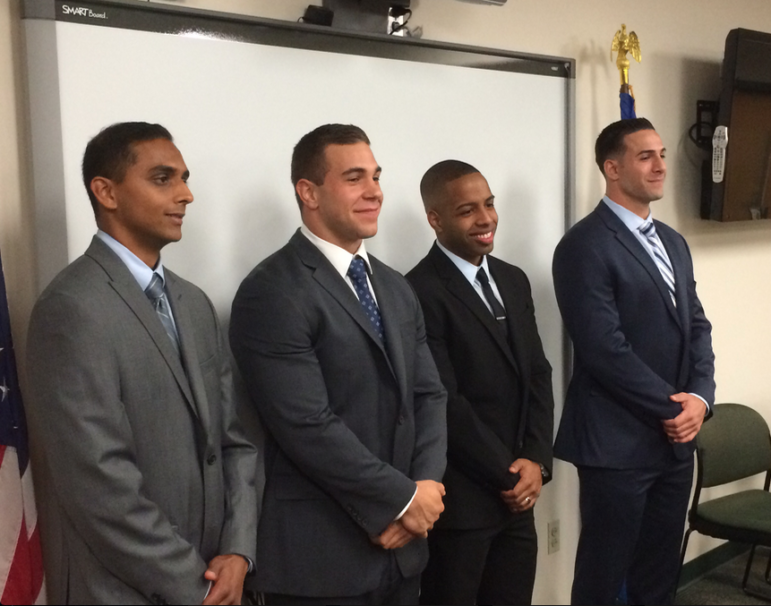 Lovello read out these biographical details of each new probationary officer: 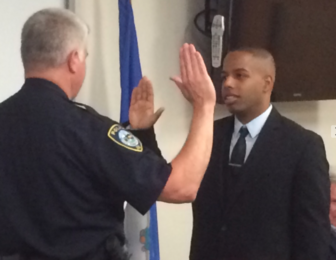 Jeffrey Brown sworn in as a probationary Darien police officer

Jeffrey was born in Bronx, New York and in the early part of his childhood he grew up across the street from the Bronx Zoo. He graduated from East Bronx Academy for the Future and earned an associate’s degree from Hostos Community College.

He also attended John Jay College of Criminal Justice. Jeffrey has been employed by the New York City Department of Parks and Recreation since April 2015.

He enjoys cooking, athletic activities and spending time with family and friends. Last week he moved from the Bronx to Stratford. 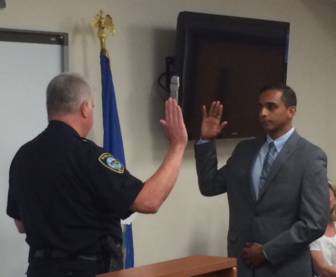 Neil was born in Norwalk and grew up in New Canaan. He graduated from New Canaan High School in 2007. He attended Lynn University and Norwalk Community College, where he received an associate’s degree in criminal justice.

Neil has been employed by Stamford Emergency Medical Services since May 2012 as an advanced emergency medical technician and has previously worked in New Haven and Norwalk.

He currently lives in Norwalk with his fiancee, Kate, and their dog, Richter. Neil and Kate are getting married on Oct. 9 in New Canaan. 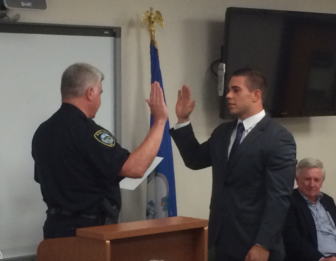 Louis Gannon sworn in as a Darien probationary police officer

Lou was born in Bridgeport and grew up in Stratford. He graduated from Bunnell High School in 2011. He earned a bachelor’s degree in justice and law administration from Western Connecticut State University.

While at Western, Lou played football for three years and was nominated captain his senior year. Lou has been employed by Securitas since March 2016 as a security officer.

He now lives in Stratford with his mother. His father is currently a police officer in New Canaan. 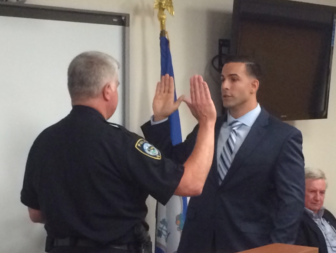 Joseph was born in New Haven and grew up in East Haven. He graduated from Platt Regional Vocational-Technical School in 2005 , enlisted in the U.S. Navy in 2006 and served as a hospital corpsman.

Joseph holds a bachelor’s degree and is a master’s degree candidate in criminal justice from the University of New Haven, projected to graduate in 2017. Since November 2012, Joseph has been employed by Yale-New Haven Hospital as an Emergency Department technician.

He also worked for the University of New Haven as a research assistant as well as completing an internship with the U.S. Courts Probation Office. He currently lives in Hamden.