Jerome “Jerry” Auclair passed away peacefully at home in New Haven on March 11 after a 20-month battle with pancreatic cancer. 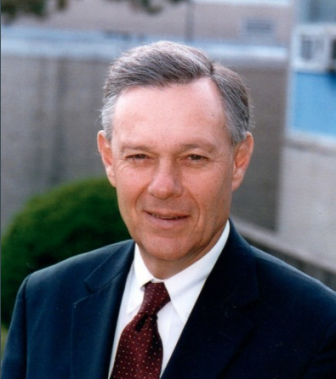 Jerome Auclair passed away on March 11. A memorial service will be scheduled for sometime this spring.

Jerry was born in 1945 in Springfield, Massachusetts, the second of four children of Alcide and Edna Auclair.

He graduated from South Hadley High School in 1963 and from the University of Massachusetts in 1967 with a B.S. in mathematics.

In 1972 he was awarded an M.S. in Education, and in 1976, at the young age of 30, he became principal of Somers High School, where he served for 11 years before becoming principal of Southington High School in 1987. He remained at Southington for 15 years, during which time the school was honored as a Blue Ribbon School of Excellence by the United States Department of Education.

In 1991 he earned a Ph.D. in education from UConn, and in 1999 the UConn School of Education honored Jerry as Outstanding School Administrator.

The final five years of his administrative career Jerry served as principal of Darien High School, during which time he was honored as Connecticut High School Principal of the Year.

For the last 43 years of his career, Jerry was actively involved with CAS-CIAC, the Connecticut Association of Schools & Connecticut Interscholastic Athletic Conference, both of which honored him twice with Distinguished Service Awards. In 2019 he received their highest honor when he became a Hall of Honor recipient.

He was also active with NAASP, the National Association of Secondary School Principals, which named him the winner of the Richard J. Bradly Award for service to the organization.

Jerry served on and chaired many school accreditation committees both in the United States and abroad at international schools. After retiring as a high school principal, Jerry worked for several years at UConn in their UCapp program, training educators to become school administrators. He also served as coach to numerous high school principals in troubled school districts.

A man of immense character with a strong moral compass, Jerry was an avid golfer and a lifelong fan of New England sports, especially the Red Sox and Patriots.

But his true love was his family: his wife of the last 30 1/2 years, Tina; his three children and their spouses: Jenn & Jeremy White, Nathan and Kristi Auclair, Holly and Brett Fagan; and his seven grandchildren: Siobhan, Liam, Aidan, Brady, Katie, Avery, and Owen. He is survived by them and his sisters Sandy and Audrey, his brother Doug, his nine nieces and nephews, and by his first wife Paula, the mother of his children.

Due to pandemic restrictions, a memorial service honoring Jerry’s life will be scheduled at a later time this spring.

Jerry’s final request to colleagues, friends, and family was that in lieu of flowers or charitable donations, please perform a random act of kindness for someone.