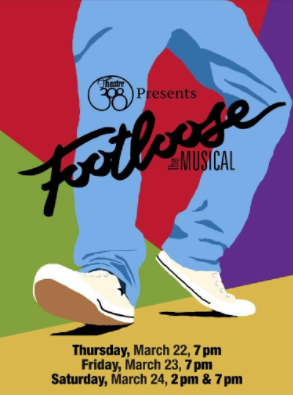 Deep way down in your heart You're burning, yearning for the some-somebody to tell you That life ain't passing you by I'm trying to tell you It will if you don't get tickets.

Theatre 308 will be reviving the ‘80s with their upcoming production of ​Footloose the Musical.

Deep way down in your heart/You’re burning, yearning for the some-somebody to tell you/ That life ain’t passing you by/I’m trying to tell you/It will if you don’t GET TICKETS.

Based on the original screenplay by Dean Pitchford,  ​Footloose premiered in 1988. It has been presented on London’s West End and Broadway.

Now, 308 is bringing the iconic movie to the stage once again.  Footloose is a feel-good musical about the importance of self-expression and individual freedom.

Ren McCormack (Nick Servas) is forced move from the vibrant city of Chicago to the quiet rural town of Bomont, Okla.

Ren finds himself in a tight knit community where dancing has been outlawed by the Reverend Shaw Moore (Jack Savage) after a devastating accident.

Five years after the ban, some, including the Reverend’s daughter, Ariel (Lexi Staubi), are beginning to feel like they want to break free and “cut footloose.” ​Footloose follows Ren’s journey as he works to teach the people of Bomont that dancing is not a crime!

If You Fancy ‘Footloose’ Is Free, You’re Fooling Yourself

Show times are March 22, 23 & 24 at 7 p.m. in the DHS Auditorium. Tickets may be purchased at the door the night of the show or advanced purchased online at: http://seatyourself.biz/theatre308 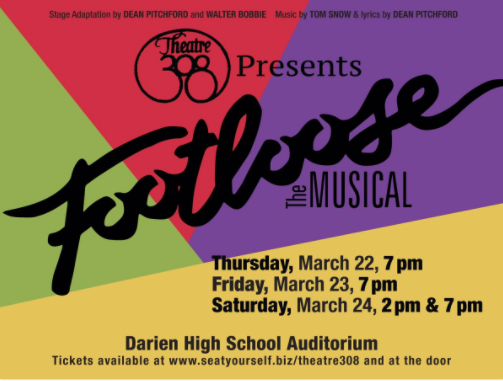 Please, Louise, pull me off of my knees/Jack, get back, come on before we crack/ Lose your blues, everybody GET TICKETS.