Recording artist Mike DelGuidice, a Billy Joel band member, will be entertaining the crowd at the Tiny Miracles Foundation’s Nov. 3 “Journey Through a Miracle” gala, co-chaired by Ashley Dineen of Darien and PJ Marcella of New Canaan.

The foundation encourages you to help the smallest members of our community by sponsoring or attending the event.

— This article is from a Tiny Miracles Foundation announcement, with additional information from the foundation’s website.

At this year’s Gala, TTMF is especially proud to honor Dr. Richard Viscarello, a physician in Stamford who has been an advocate for the health of women and infants throughout his career.

The event raises funds to benefit families of premature babies in Fairfield County and beyond, with one on one parent mentoring, financial assistance services, and continued emotional and personal support of parents and preemies after they leave the neonatal intensive care unit.

“Our hope for the evening is to share the journey a premature baby, and their families endure in the NICU and the new journey that begins once they are home,” PJ Marcella said. 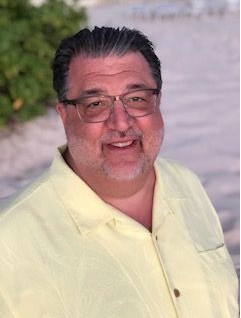 Dr. Richard Viscarello will be honored at the event.

He also is the president, chief executive officer and medical director of Maternal Fetal Care, PC in Stamford, and an adjunct clinical associate professor for the School of Health Sciences at Quinnipiac University.

Viscarello has been active in numerous professional organizations and has made significant contributions to the field.

In May 2017, Hope After Loss, Inc. (a 501(c)(3) nonprofit organization) honored Viscarello for his unwavering dedication, devotion, and support of each patient throughout their unique pregnancy.

Viscarello has been an advocate for the health of women and infants throughout his career, serving as a member and chairman of committees supporting substance abusing women and their children, HIV and AIDS research, child health and development and pediatric infectious diseases.

Several of the organizations he has supported, such as the Connecticut Task Force for Substance Abusing Women and Their Children, National Institutes of Child Health Development and Women’s Health Epidemiology Subcommittee, are dedicated to these endeavors.

Over the course of his 40-year career, Viscarello has delivered 100 sets of triplets, more than 350 sets of twins, and many singletons.

Viscarello has received many honors and accolades noting his professional distinction, including the Irving Friedman, M.D. Award for Outstanding Clinical Abilities and the People’s Choice Award for Best Doctors in Connecticut. He was also named one of Connecticut’s Best Doctors by Connecticut Magazine in 2006 and 2009.

In May of 2017, Hope After Loss, Inc, (a 501(c)(3) nonprofit organization) honored Dr. Viscarello for his unwavering dedication, devotion, and support of each patient throughout their unique pregnancy. His passion for his work and commitment extends beyond the delivery room. 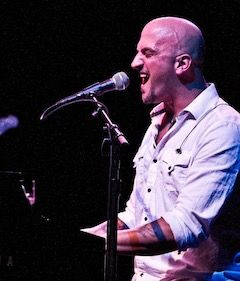 Mike DelGuidice will perform at the event.

Mike DelGuidice is an acclaimed singer-songwriter whose story has gained national attention. He has been featured on The NBC Today show, CBS This Morning Show as well as Rolling Stone Magazine and The New York Times.

After 18 years of playing Billy Joel’s music in his band Big Shot, Mike DelGuidice now lives a dream come true. In October of 2013, Mike was personally hired by Billy Joel to join his band.

You can see Mike on tour with Billy Joel all over the U.S. and world, in major arenas and stadiums, including every month at the iconic Madison Square Garden.

A brilliant vocalist and master of several instruments, including bass guitar, rhythm guitar, piano, and drums, he is also the author of two albums, “My Street” and “Miller Place.” Mike’s song “Ordinary Guy,” is the theme song for the recent Kevin James sitcom, “Kevin Can Wait.”

He performs songs that are intimate and soulful. His family life and experiences expose a vulnerability to which he creates haunting melodies.

His career has not only found him on stage with Billy Joel, but also with artists such as Sting, Adam Levine, Tony Bennett, Paul Simon, John Mayer, and John Mellencamp, to name a few. From being broke and living in a trailer to owning the stage, his life is what movies are made.

About the Tiny Miracles Foundation

The Tiny Miracles Foundation (TTMF) is a nonprofit charity based in Fairfield County, Connecticut dedicated to helping families with premature babies through compassionate care and support.

Its services and programs are provided in the neonatal units of Stamford, Norwalk, Bridgeport, and Danbury Hospitals and at St. Vincent’s Medical Center, their newest partnership.

Proceeds from the event will support the programs and services of The Tiny Miracles Foundation, a non-profit organization that reaches over 1,200 preemie families in Fairfield County and beyond.