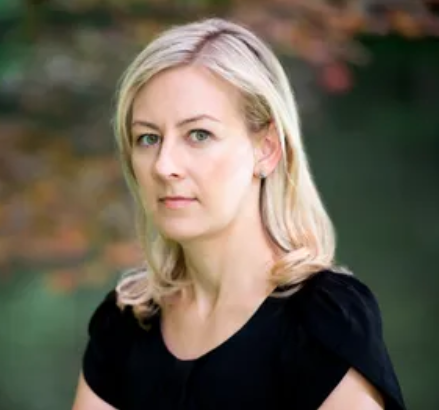 Barrett Bookstore invites you to the store for the launch party of Darien resident Tessa Wegert’s debut novel, “Death in the Family,” at 7 p.m., Tuesday, Feb. 18.

— an announcement from Barrett Bookstore at 6 Corbin Dr.

Tessa Wegert is a Canadian expat, journalist, and former digital media strategist. Her business and marketing articles have appeared in such publications as Forbes, The Huffington Post, Adweek, and The Economist.

Born in Winnipeg, Canada, Tessa lived in British Columbia, Ontario, Saskatchewan, and Mainz, Germany before her family settled near the border of Vermont in Lennoxville, Quebec. She attended Concordia University in Montreal, where she studied Communications.

After several years of working in digital advertising and as a freelance tech and business reporter, Tessa met her husband and immigrated to the U.S. Over the next four years she lived in four different states and eventually arrived in Chicago. It was there that she began the slow transition from reporting to writing fiction.

During this time, Tessa won first place in the Crime category of the Eighth Annual Writer’s Digest Magazine Popular Fiction Awards for her short story Moms’ Night Out, which was inspired by a real-life evening in Avondale that involved three mothers and wedding-crashing but – happily – no murders.

Tessa has visited the Thousand Islands, where Death in the Family is set, every summer for the past sixteen years, and continues to be captivated by its unique atmosphere. She currently lives in Connecticut with her husband and children, where she studies dance and martial arts and is at work on her next novel.

About ‘Death in the Family’ 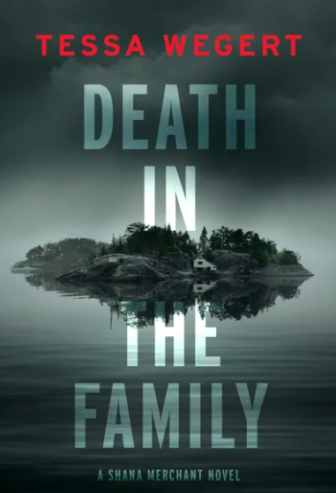 But as a nor’easter bears down on her new territory, Shana and fellow investigator Tim Wellington receive a call about a man missing on a private island.

Shana and Tim travel to the isolated island owned by the wealthy Sinclair family to question the witnesses. They arrive to find blood on the scene and a house full of Sinclair family and friends on edge.

While Tim guesses they’re dealing with a runaway case, Shana is convinced that they have a murder on their hands. As the gale intensifies outside, she starts conducting interviews and discovers the Sinclairs and their guests are crawling with dark and dangerous secrets.

Trapped on the island by the raging storm with only Tim whose reliability is thrown into question, the increasingly restless suspects, and her own trauma-fueled flashbacks for company, Shana will have to trust the one person her abduction destroyed her faith in — herself.

But time is ticking down, because if Shana’s right, a killer is in their midst and as the pressure mounts, so do the odds that they’ll strike again.