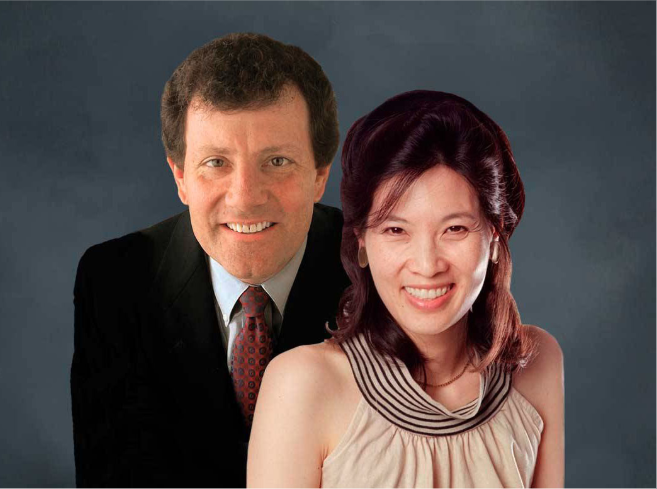 — an announcement from Family Centers and Barrett Bookstore

The breakfast event, a fundraiser for Family Centers and co-sponsored by Barrett Bookstore, runs from 7:30 to 9:30 a.m. at the Stamford Sheraton, 700 East Main St.

This husband-and-wife duo were the first married couple to win a Pulitzer in journalism and have written a series of best-selling books together.

Kristof is often called a “reporter’s reporter” for his activism and was the subject of the 2009 Sundance Film Festival documentary “Reporter.”

He has lived on four continents, reported on six, and traveled to 140 countries, all 50 states, every Chinese province, and every main Japanese island in order to offer a compassionate glimpse into global health, poverty, and gender in the developing world.

As part of the Half the Sky documentary series, Kristof travelled around the world along with celebrity activists America Ferrera, Diane Lane, Eva Mendes, Meg Ryan, Gabrielle Union and Olivia Wilde to meet inspiring individuals confronting the global oppression of women.

The first Asian American to win a Pulitzer Prize, WuDunn is a business executive, entrepreneur, and best-selling author.

She has special expertise in China, entrepreneurship, impact investing and helping companies do both well and good. As an investment banker, she currently helps growth companies, including those operating in the fields of technology, healthcare, entertainment and media.