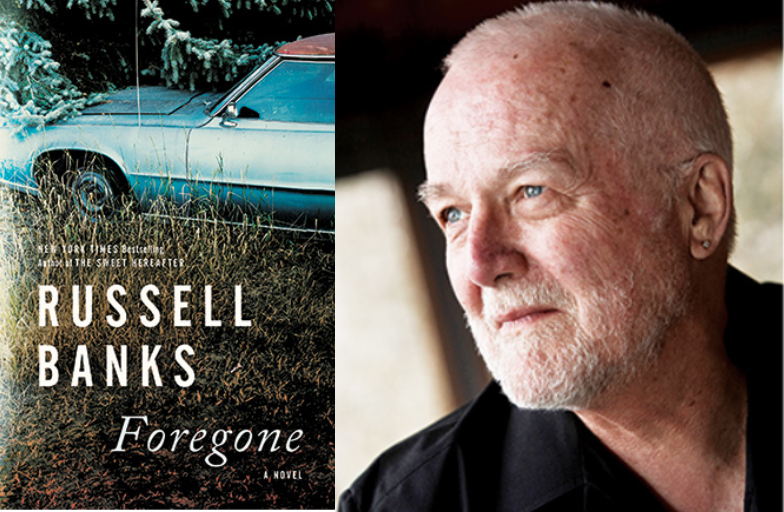 Russell Banks, with the cover of his latest book, Foregone

Prestigious literary novelist Russell Banks, a two-time Pulitzer Prize finalist whose books have been translated into over 20 languages, will be speaking about his latest book, Foregone.

You can register here.

Foregone is a searing novel about memory, abandonment, and betrayal from the acclaimed and bestselling Russell Banks. At the center of Foregone is famed Canadian American leftist documentary filmmaker Leonard Fife, one of 60,000 draft evaders and deserters who fled to Canada to avoid serving in Vietnam.

Fife, now in his late 70s, is dying of cancer in Montreal and has agreed to a final interview in which he is determined to bare all his secrets at last, to demythologize his mythologized life.

Banks gives us a daring and resonant work about the scope of one man’s mysterious life, revealed through the fragments of his recovered past.

Russell Banks is the past president of the International Parliament of Writers, and a member of the American Academy of Arts and Letters. He has received numerous prizes and awards, including the Commonwealth Award for Literature.