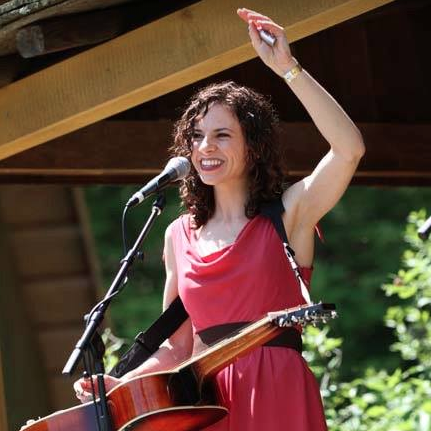 Abbie Gardner, an award-winning songwriter, folk-style vocalist and dobro player, will be performing  at the Bartlett Arboretum in Stamford starting at 5 p.m., Sunday, July 7.

Her performance, part of the Music @ the Bartlett summer concert series, is on the Great Lawn at 5 p.m. Concerts in the series end at 7 p.m. Bring chairs or a blanket along with a picnic dinner. Tickets are purchased on site ($5 for members, $10 for nonmembers).

The Bartlett is located at 151 Brookdale Road in Stamford.

— More about Abbie Gardner below —

About the Music @ the Bartlett Series

Outdoor concerts take place from 5 to 7 p.m., Sundays on the Great Lawn on the Bartlett Arboretum grounds.

In case of rain, concerts take place indoors in the Silver Educational Center for all bands this year except the Bob Button Band on July 14 (rain date to be determined).

Concert tickets may be bought on-site. They cost $10 for nonmembers and $5 for members.

Here’s the rest of the series: 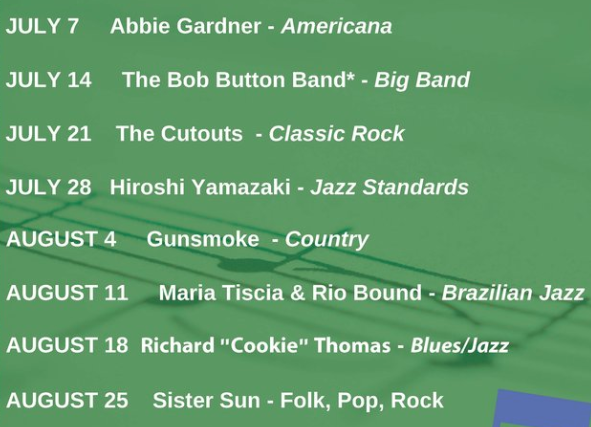 She plays the dobro, a “wood-bodied, single-cone resonator guitar.” If you’re unfamiliar with it, just look at the video below.

Abbie Gardner, the fiery Dobro player with an infectious smile has been touring with Americana darlings Red Molly for the past eleven years. After gracing stages from Denver to Denmark, from Australia to Austin, the band decided to take an indefinite hiatus in 2015, so Abbie began performing solo, just her voice, songs and dobro.

Her background is as varied as the songs she writes.  Abbie has listened to the sweet sound of high lonesome harmonies since her first bluegrass festival at the age of three.

Her father, Herb Gardner, is a swing jazz and stride pianist and dixieland trombonist. Watching him laugh as he went off to “work” every day was her first introduction to the joy of being a musician.

Abbie’s first full-length recording, My Craziest Dream (2004) is an album of jazz standards featuring her father on piano. It earned her an entry in the 2009 Hal Leonard book “The Jazz Singers: The Ultimate Guide.” Abbie studied classical flute growing up, but once she started playing Dobro in 2004 she found her main instrument.

She traveled to Lyons, CO and Nashville, TN to study with Rob Ickes and Sally Van Meter. 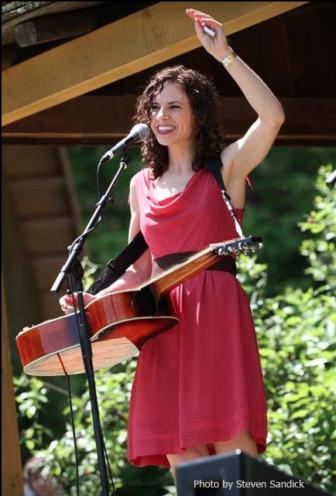 Always keen on following the vocal part and trying to find the one really perfect note, instead of a dozen okay ones, Abbie is quickly compiling an extensive discography of recording credits.

Her own CDs include Honey on My Grave (2006), Bad Nights/Better Days (2008, with Anthony da Costa), and Hope (2011), which features three different kinds of slide guitar (dobro, lap steel and National bottleneck).

Abbie has been recognized as an award-winning songwriter, with such accolades as; 2006 Rocky Mountain Folks Festival Songwriter Showcase (2nd place), 2008 Lennon Award Winner (folk) for “The Mind of a Soldier” and 2008 American Songwriter Magazine Grand Prize Lyric Winner for “I’d Rather Be.”

“The Mind of a Soldier” was also featured on Lufthansa Airlines in 2010. Abbie has had the honor of being part of the songwriting faculty at Swannanoa Gatherings (2010, 2011) and Ellis Paul’s New England Songwriters Retreat (2017, 2018).

In 2018, she taught Dobro at both the Targhee Music Camp and the Nashville Dobro Camp. She wrote and released a song per week for a year as part of the 2013 Real Women Real Songs project and continues to attend Jack Hardy’s Monday night Songwriter’s Exchange in NYC to hone her writing skills.

Her live show is truly unique – as both an award winning songwriter and interpreter of folk styles, a captivating vocalist, and a world class lap style dobro player, she has an unmistakable sound all her own.

Her latest CD, Wishes on a Neon Sign was released in January 2018, and features twelve original songs, including a co-write with Chris Stapleton and another with David Olney.

She has opened for Lori McKenna, Hot Rize and Martina McBride. And premiered her latest video, a live solo dobro arrangement of “Afraid of Love” on The Bluegrass Situation.