Dr. James V. Joy III, best known as Jim, died Thursday, Nov. 1, in Ushuaia, Argentina, in a skiing accident while on his journey to Antarctica to ski all seven continents.

Jim was 54 years old and leaves behind his beautiful wife Lori, and daughters Katie and Audrey. 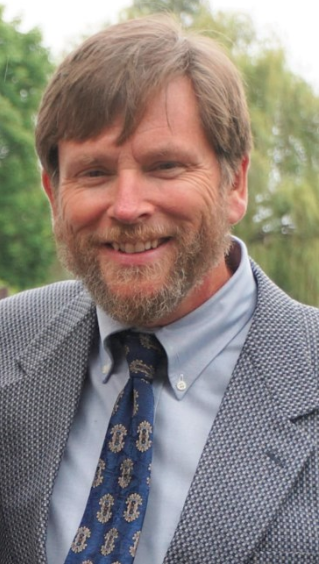 Jim was born on May 12, 1964, to James V. Joy, Jr and Clare Joy. Jim was born to the delight of his parents, after having three daughters, and to carry on the family name.

His grandfather, James V. Joy Sr., was born in County Kerry, Ireland in 1898, the second youngest of 17 children. JVJ Sr. was said to have taken out an article in the local Connecticut paper to praise God for the birth of his namesake and hand out cigars to the world!

Jim grew up in Darien and attended Holmes School and St. John-St.Thomas More School for his elementary school years, and with his family formed his strong Catholic faith. He graduated from Darien High School in 1982 and attended Fordham University with a dual major in both Biology and Philosophy.

A member of the Mimes and Mummers at Fordham, Jim was both an actor and director. He also started the Fordham Outdoors Club, an important aspect to a school located in the Bronx.

After graduating from Fordham with high honors in 1986, Jim went on to attend the College of Physician and Surgeons at Columbia University. Jim excelled and graduated in the top of his class while at the same time acting and directing plays at Columbia. Jim had his internship at Greenwich Hospital and residency at the University of Washington in Seattle.

Jim met the love of his life, Dr. Lori Frank Joy, in 1992 at the University of Washington. Jim and Lori were married in Billings, Montana, in his wife’s home town surrounded by hundreds of friends and family.

Their first daughter, Katherine “Katie”, was born in 1999 followed by Audrey in 2001. Jim’s first passion was his family and his multitude of friends. The family resides in Spokane, Washington, where Jim was an anesthesiologist with Anesthesia Associates for many years.

Jim loved puns so the fact that both he was Dr. Joy, alleviating the suffering of hundreds, along with his wife, Dr. Lori Joy who is an OB/GYN, was not lost on anyone.

Jim touched his community with his care for others, love for the outdoors and adventuring, great intelligence and wisdom, generous and kind spirit, and for his deep, powerful love for his family. He was a spark, and through his life he set the world on fire. We will miss him very, very much.

A Rosary will recited at the Hazen & Jaeger Valley Funeral Home at 6 p.m., Sunday, Nov. 11, and a Catholic Mass on Monday, Nov. 12 at 11 a.m. at St. Aloysius Church. Both are located in Spokane.

In lieu of flowers, donations would greatly be appreciated to Second Harvest Food Bank of Spokane or the Gonzaga Prep Food Drive.