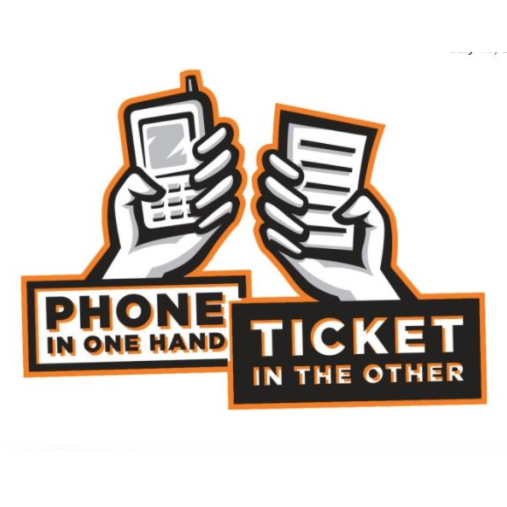 During the month of August, Darien police will have extra officers on the streets specifically tasked with identifying and ticketing people seen using their phone while driving — or any other distracted driving offense.

According to an announcement from the department:

This effort will add officers to the streets of Darien at various times that are specifically tasked with identifying and citing people observed using their phone while driving or any other distracted driving offense. 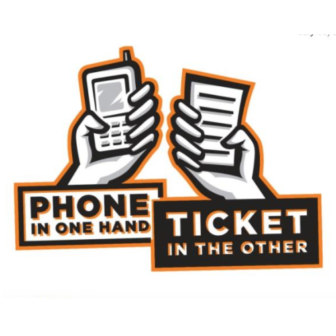 Units assigned to this detail may use hidden or unmarked “spotters” to identify violations. This means that once you see a marked police car, it may be too late.

This state level program is part of the larger effort spearheaded by the National Highway Traffic Safety Administration (NHTSA). The national program is aimed at reducing the amount of traffic related injuries and deaths attributed to operators using handheld devices while driving.

According to NHTSA, in 2015, approximately 3,477 people were killed, and 391,000 were injured in motor vehicle crashes involving distracted drivers in the U.S. They further say that at any given time in the U.S. during daylight hours, approximately 660,000 drivers are using cell phones while driving.

The state Department of Transportation describes distracted driving as “any non-driving activity a person engages in while operating a motor vehicle.” 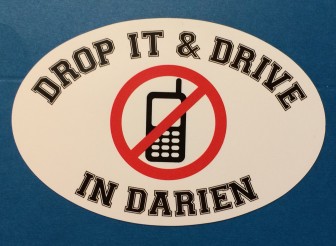 These oval car magnets are about five inches across. So far, 250 have been made.

The Darien Police Department wishes to remind motorists that while driving, the safe operation of the vehicle is your No. 1 priority. Things that take your attention away from driving can have serious, even fatal, consequences for passengers in your vehicle as well as other motorists on the road around you.

The Department wishes to remind our newer drivers that it is illegal for anyone under the age of 18 to use a cell phone, including hands-free devices, at any time while driving.

CGS 14-296aa(d): Operation of a Motor Vehicle By a Person Under 18 Years of Age While Using a Hand Held Telephone or Mobile Electronic Device