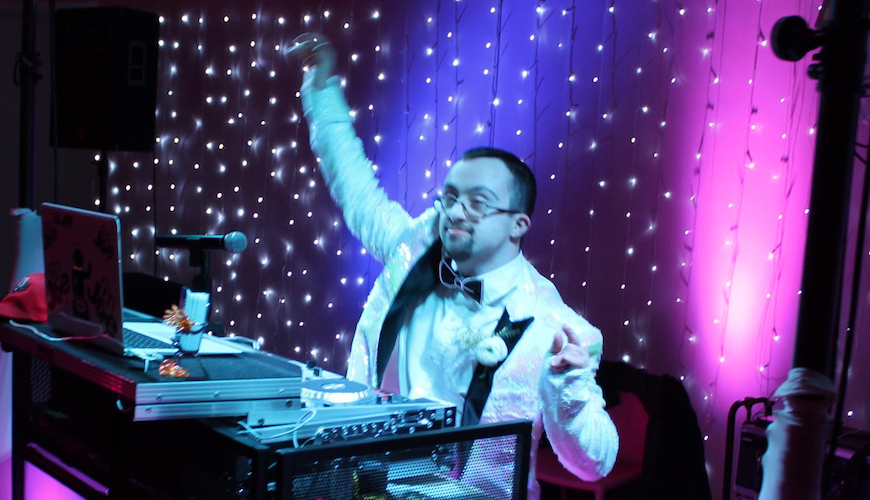 Take a little time Saturday night for DJ Joe Agostino’s “super fantastic virtual dance party” live on Facebook from 6:30 to 7 p.m. tonight, Saturday, March 28, and you can help a guy with some challenges fulfill his dream to be a professional DJ.

Joe also held a “dance party” last Saturday on Facebook live “that received over 6,400 comments and had hundreds of visitors in the first half hour,” said Peter Saverine, director of development at Star Inc., Lighting the Way in Norwalk, where Joe is a client.

“We are hoping, with your help, that DJ Joe will go viral with his goodwill,” Saverine said. “If there is ever a time we need to share these uplifting stories and spread some cheer and goodwill, this is it.” 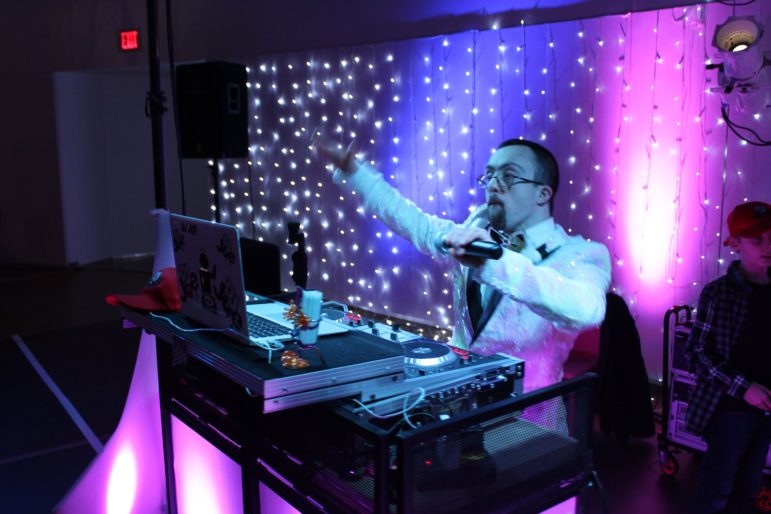 Joe’s mother, Laurie Agostino, gave this speech at the 2020 Mayor’s Ball in Norwalk:

24 years ago, our family began the most amazing journey when I found out we were expecting our first child. Early in my pregnancy, we learned that the baby had a 1 in 20 chance of having Down syndrome or a more serious life-threatening complication.

After two weeks of waiting in confusion and heartbreak, we learned that it was indeed Down syndrome. Our search began. What is Down syndrome? What do we need to do? How will we do this? Our advance research came to a quick halt when baby Joey arrived 2 ½ months early, on Nov. 27, 1995.

Joey was not only early, but he was breech and we needed an emergency c-section. He came out weighing just less than 3 pounds and spent his first month in the NICU [neonatal intensive care unit] receiving physical therapy.

The nurses spoke with us about the Birth to Three Program and gave us a list of agencies. At the top of the list was STAR’s Rubino Family Center.

That Christmas we got the best gift ever. Joey had done so well with his feeding tube and therapy, he was coming home — it was Christmas night. Coming home was amazing but also very scary and overwhelming.

But soon, I attended my first parent meeting with STAR. I remember walking into the room with Joey in my arms and a pit in my stomach not knowing what to expect.

I was greeted by a STAR therapist who quickly scooped up Joey as all the moms gathered around. I remember the fear leaving me and a smile coming over my face. Not only did I make new friends that morning, but I knew right then that I would never be alone. STAR had welcomed Joey and me.

STAR has helped guide Joey through so many milestones — his first steps, his first word, his first classroom, his first sibling, his sister Hailey, to be matched later with another, his best bud and brother, Keegan. At first, I was apprehensive about having another child, but one of my STAR mentors said the “Single best thing you can do for Joey is give him a sibling.” 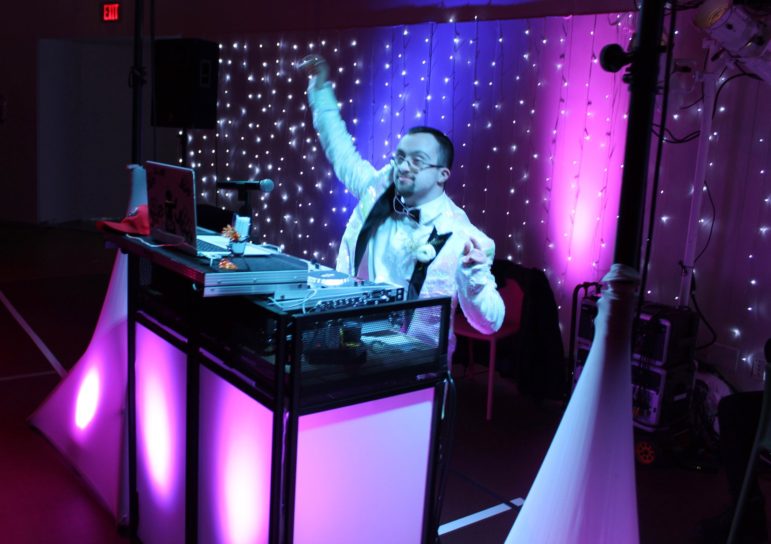 And, coincidentally, it was at the STAR Family Center where Joey met a little girl with Down syndrome who became his first girlfriend, Angel. When they graduated in 2014, the seniors at Norwalk High School chose Joey and Angel as the Senior Prom King and Queen.

I remember chatting with one of the seniors about their unusual choice and I was told, “It was a unanimous decision — hands down, no other guy would be our king.” 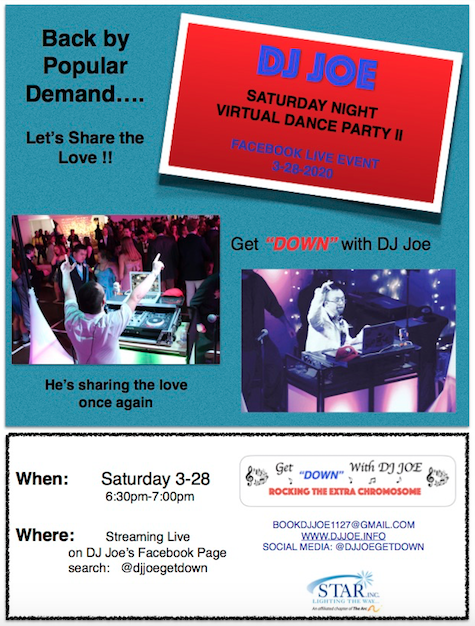 Later that year, at the National Down Syndrome Buddy Walk in NYC , the photo of Norwalk High School’s Senior Prom King and Queen was chosen out of over 2,000 photos to be viewed on the Jumbotron in Times Square.

Joey thrived growing up in Norwalk and made lifelong friends in the Norwalk schools. He participated in all kinds of sports activities like Unified Bowling, Special Olympics Track & Field and was assistant manager for his brother’s baseball team. He loves music and attended his first concert, Pit-bull, where he knew every word to every song.

After graduation, with the help of STAR (thank you and Love you Linda Snell) Joey was accepted into the RISE Program at Sacred Heart University. After he graduated, STAR once again jumped in to help with Joey’s transition to the “real world.”

He continues to soar! His days are filled with activities like classes in Zumba, art, Hip Hop, photography, improvisation and cooking.

But that is only what he does in his “free time.” Most of the time he is working three jobs — one at Outback steakhouse, a second on the computer doing invoicing for Binding Brewery, and the third as the owner of his own LLC, DJ Joe.

Joey’s interest in becoming a DJ became a reality after he won a $500 scholarship from the National Down Syndrome Society to pursue his dream. He reached out to STAR, where he connected with STAR’s staff member, Mark Minnock (here with us tonight) Mark became his mentor.

Joey and Mark worked side by side at a variety of gigs including three Tim Tebow Night to Shine events. He will be playing his fourth Night to Shine gig next weekend! A big call came when Joe was invited to DJ for over 1,800 people at a Lulu Roe clothing company’s national conference in Anaheim, California. 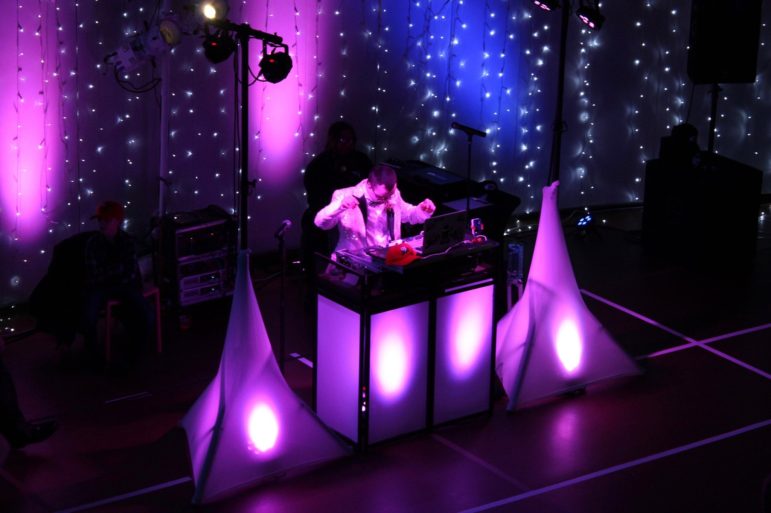 He was flown out to CA and was the main event at the LuLaRoe Gala. He even attended a private concert with Katie Perry. He was a VIP, sitting front row at the Katie Perry concert and she even gave him her signed concert’s set list as a cherished souvenir.

In this past year, STAR helped Joe apply for a $10,000 grant from the state Department of Developmental Services to officially launch his own business, DJ Joe, LLC.

Today, Joe is booked out several months, has his own line of tee shirts, hoodies, and stickers to please his fans, and once again will be on the national stage as the DJ for the National Down Syndrome Society’s Gala After-Party in NYC.

Your support tonight of STAR will help hundreds of other neighbors like Joey who are impacted by Intellectual and Developmental disabilities to continue to dream big and reach for the stars. We can’t thank you enough for your support and remind you that if you are looking for a DJ to liven up your next event,