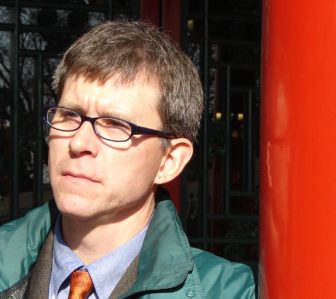 James Millward, professor of intersocietal history at the Walsh School of Foreign Service at Georgetown University.

Professor Millward’s specialties include the Qing Empire; the silk road; Eurasian lutes and music in history, and historical and contemporary Xinjiang.

He also follows and comments on current issues regarding the Uyghurs and PRC ethnicity policy and is an affiliated professor in the Master Oficial en Estudios de Asia Oriental at the University of Granada, Spain. Millward has served on the boards of the Association for Asian Studies (China and Inner Asia Council) and the Central Eurasian Studies Society, where he was president in 2010.

Millward is the series editor for the “Silk Roads” book series published by Chicago University Press. 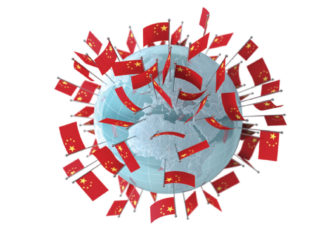 Image from the DCA

You can register online for the DCA’s four-week series “China’s Global Reach: Challenge and Change Under Xi Jinping” (Jan. 9, 16, 24 and 30).

His other publications include The Silk Road: A Very Short Introduction (2013), Eurasian Crossroads: a History of Xinjiang (2007), New Qing Imperial History: the Making of Inner Asian Empire at Qing Chengde (2004), and Beyond the Pass: Economy, Ethnicity and Empire in Qing Central Asia (1998).

Single tickets for the Thursday morning series ($30 DCA members, $40 public) will be sold at the door on a space-available basis.

The DCA’s 2020 Academic Lecture Series Sponsor is Ring’s End. The DCA is located at 274 Middlesex Road in Darien.