When it comes to community support, not only does Darien have talent, but Darien’s got taste, too. In a show of support for the Darien Arts Center’s primary fundraiser, Darien’s Got Talent, area businesses have contributed a stellar array of culinary delights to an exclusive after party, appropriately dubbed, Darien’s Got Taste.

Entry to the party at the conclusion of Darien’s Got Talent, will be granted to VIP ticket holders and sponsors, who can enjoy the outstanding buffet of local cuisine, celebrate with the winners of the talent competition and listen to musical entertainment by pianist Bob Rissolo. 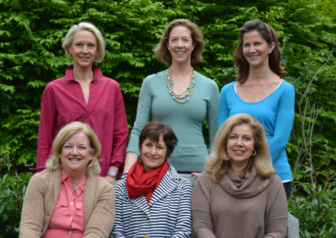 Darien’s Got Talent takes place at Darien High School on June 25 at 7 p.m. Local support for the DAC’s fundraiser will enable the organization to continue to enrich the community with arts education and live theatre.

In addition to general admission ticket sales and People’s Choice online voting (where the public can cast votes at darienarts.org for favorite contestants until June 24th), significant contributions can be made through VIP ticket sales and sponsorships.

Premium ticket options include up-front seating to the finals show in addition to entry to the Darien’s Got Taste after party.

Patron sponsorships of $1000 include 2 season tickets to DAC Stage productions in addition to family sponsorship benefits. Darien High School is located at 80 High School Lane. For more information, including how to vote for the Darien’s Got Talent People’s Choice Award, visit darienarts.org or call (203) 655-8683.