Daughter of the late William Henry Diller and Gertrude Rettig Diller, Caryn was born Jan. 10, 1952 in Stamford. Other then a brief period at her parent’s vacation locale, Caryn was a lifelong Darien resident.

After graduating from Skowhegan High School, Caryn attended Ricker College of the Northeast in Houlton, Maine, obtaining a sociology degree.

Prior to settling back in Darien and starting her corporate career, Caryn traveled as much as she could. Her trips included a cross-country venture, as well as a seven-week backpacking exploration of the Yucatan. 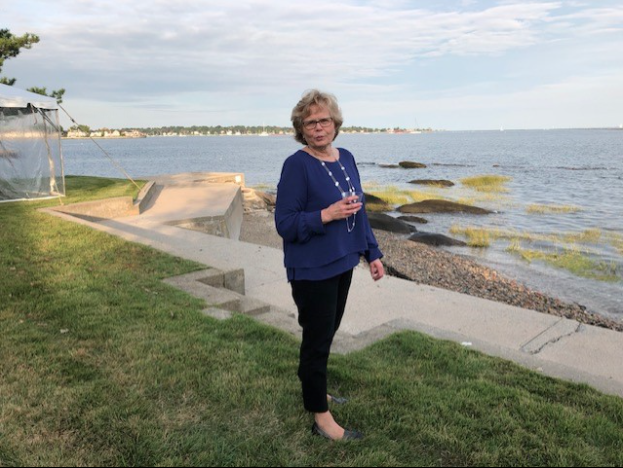 It was at Walden Books Company, working as a loss prevention manager, that she found the man she would choose to be her partner in life, Nicola Melia. The two married in 1981. She then took time off to raise their wonderful children.

In 2001, she decided to give back to the town that raised her by working in Darien Town Hall. After nearly two decades there, she was elected Darien’s town clerk. Caryn took great pride in leading her department through the unforeseen challenges that 2020 has brought everyone; all the while treating everyone around her with the love and care that only a mother could provide.

Unfortunately, her biggest challenge was silent. Despite being diagnosed with glioblastoma just weeks ago, she anticipated getting back to work, to lead her “Team,” as she called them. Caryn used to say that she was the epitome of good health, and she truly was until this terrible illness, but most important, to all who knew her, they can attest that she was the epitome of kindness and love.

Aside from her parents, Caryn was predeceased by her sister Sally Goulet. She is survived by her husband, Nicola Melia; their children, Matthew (Christine), Natalia and Mark; as well as her grandson Luke, cousins Peter and John Diller, Vicki (Rettig) Johnston, Debbie Rettig, and many nieces and nephews.

The family would like to thank Stamford Hospital and Yale Cancer Center and their entire staff for their care, as well as the staff at Vitas Healthcare services, especially Amy, Mary, Bindu, Sylvie, Rose, and Vondra. A special thank you to her sister-in-law and her family (Polito & Romeo) who assisted with the support of Caryn’s care during her final days.

The family will receive friends Thursday, Nov. 19, from 4 to 8 p.m. at the Edward Lawrence Funeral Home, 2119 Post Road, Darien. A funeral service will be private, a Memorial Mass will be held in the future at Zion Lutheran Church, 132 Glenbrook Road, Stamford.