The Monuments & Ceremonies Commission of the Town of Darien, invites the public to participate in the town’s annual 9/11 remembrance ceremony with Commissioner, Phil Kraft serving as master of ceremonies. 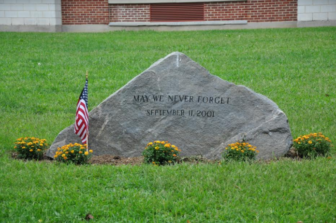 — an announcement from the Darien Monuments & Ceremonies Commission

This group is responsible for Town of Darien sponsored ceremonies and is also charged with helping to preserve and maintain Darien monuments. Recently, this Commission formed a sub-committee with Sharon Kells as chairman and Tracy Root as vice chairman charged with restoring and improving Darien cemeteries.

Along with the public, first responders, town selectmen and local officials have been invited to attend.

Editor’s note: This article originally was published on Sept. 7. The time stamp has been changed to move the link to it back up on the Darienite.com home page and in the newsletter.